A Couple of Builds, Hi

I’m a very slow builder. Some of the more prolific builders just seem to have non-stop inspiration, and an ambition to match. I, on the other hand, like to give myself these “creative rests” that last for a couple of months or more. So it came as no small surprise when I placed the final blocks on a couple of projects this past year! As sort of a “hey I’m still alive hope u are too”, I thought I’d share them.

The Hanging Gardens of Babylon 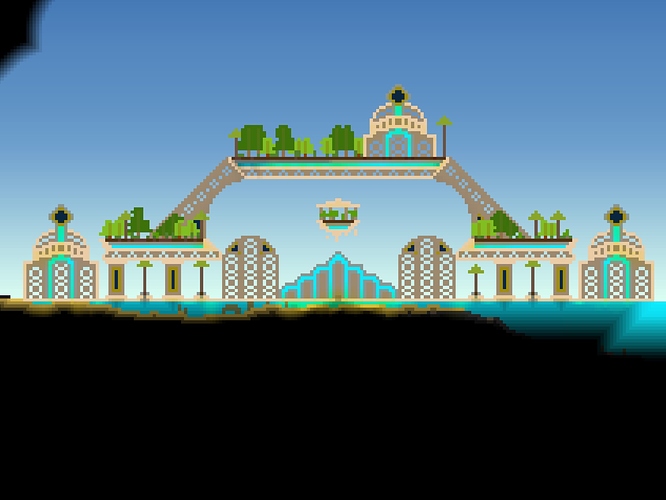 I think I finished this one during the summer. It’s the largest structure I’ve produced, but that’s probably because there’s so much empty space. 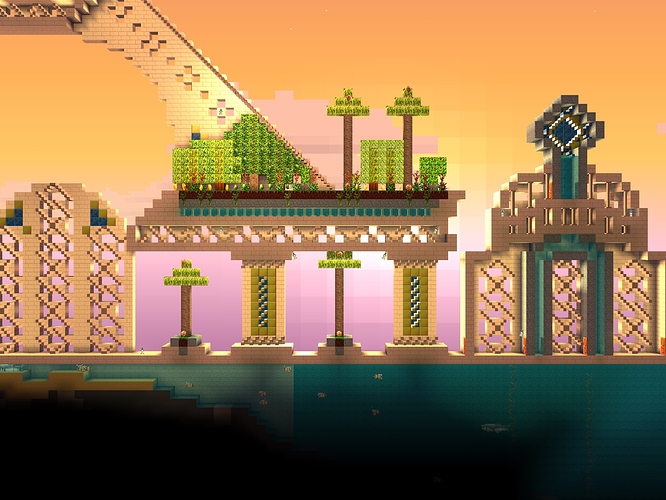 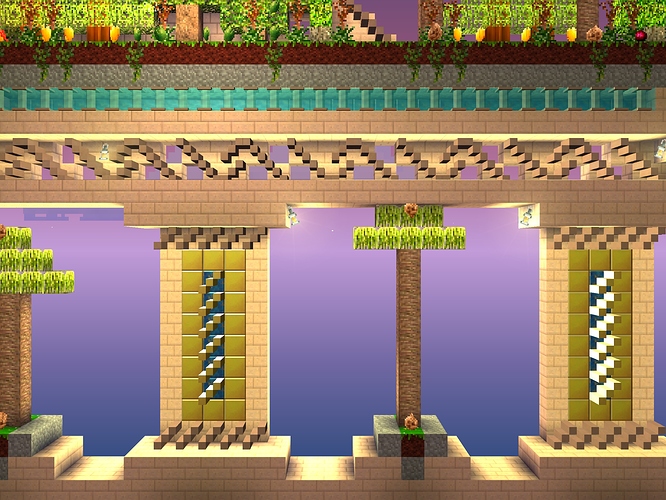 I found a bunch of pictures of Babylonian architecture for inspiration. What I ended up with…doesn’t do them justice, but they made the whole process more interesting. 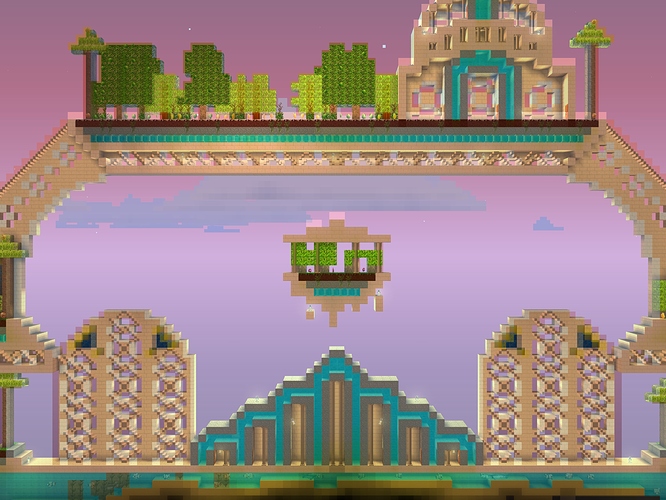 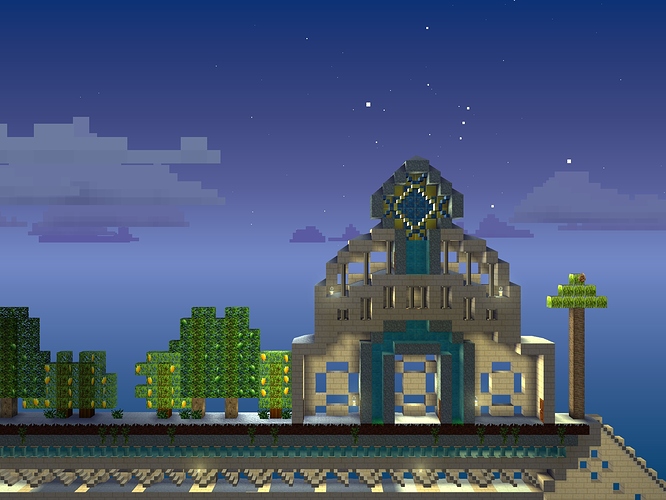 I wanted this entire build to be covered in vines. You can see I even planted them before I realized it wouldn’t work with water below. I might change things around at some point to make vines possible, but for now, I’m ok with the uncluttered look. 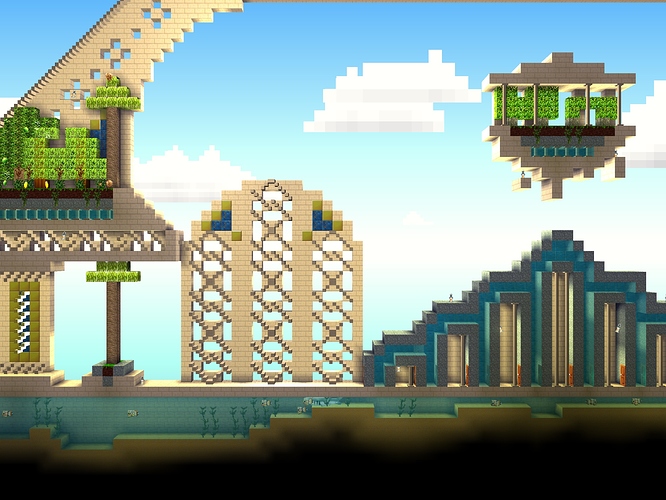 I think this build is a bit disjointed in some places. That’s actually one of the biggest flaws in all my builds; there’s not enough continuity. However, it’s just as important that the zoomed-out version has a pleasant appearance, so a little give-and-take is ok. I actually got that tip directly from Thuthu when I was starting the Gardens! 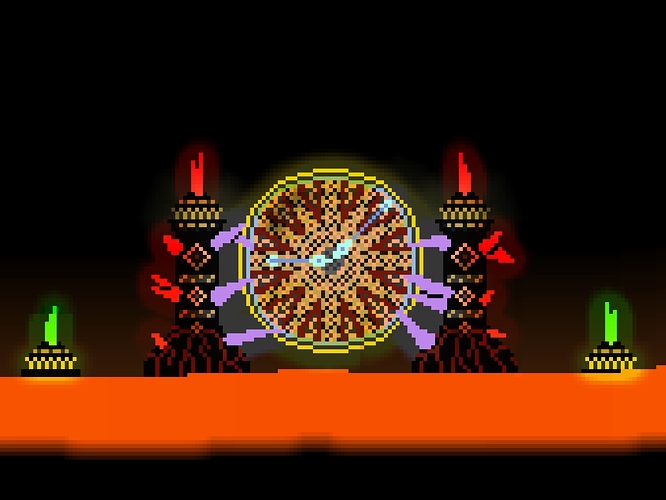 This build was finished just last week, but I’d been planning it since the release of the 1.7 update. I wanted to showcase the gem blocks, so you’ll see at least a little of each type. 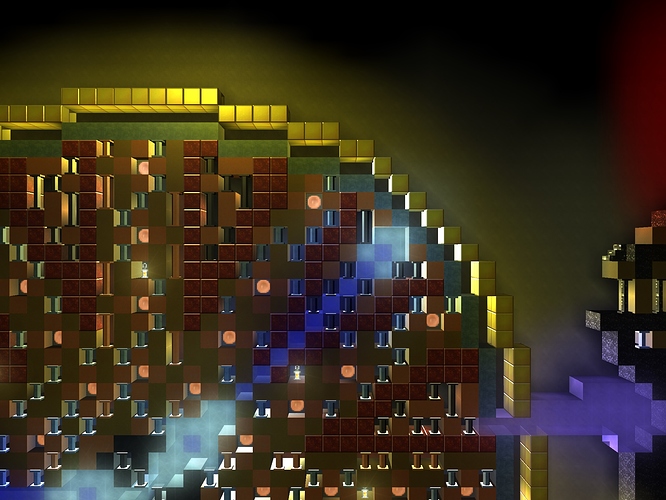 I like this clock. I know it looks a little messy, but it’s a really old clock! That being said, the pillars left the stone backwall exposed, which isn’t pretty when zoomed out. I tried to put matching paint behind them, but that didn’t really help (by the way, I typically avoid using paint in my single-player builds…mostly because I’m too lazy to craft it, but also because I like the organic look). 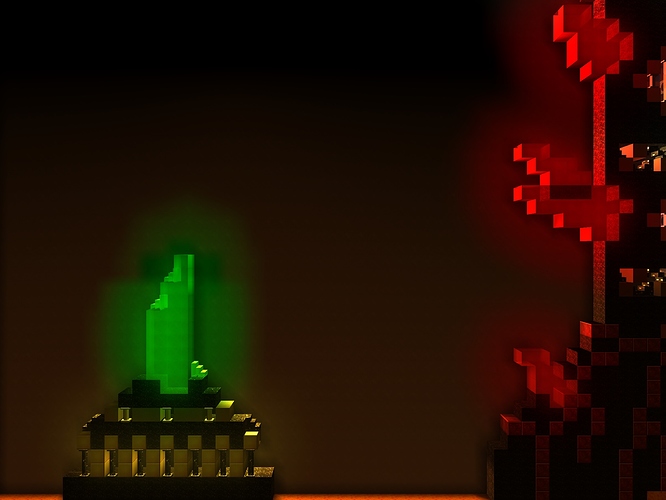 Emerald light makes everything look weird, so I relegated it to these little podiums. 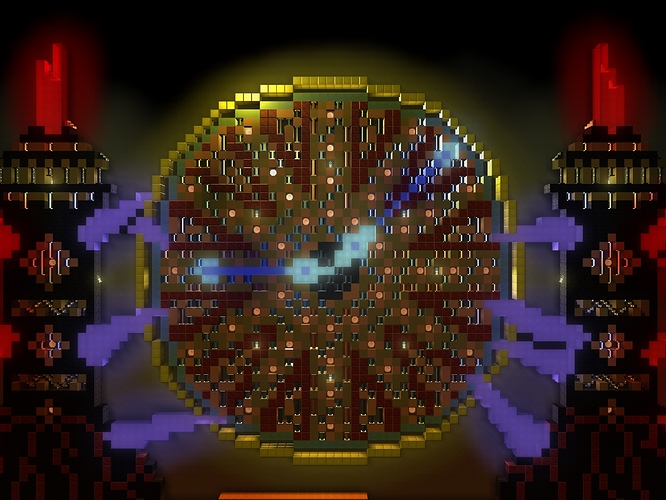 So yeah, it’s a giant clock with diamond/sapphire hands, suspended by amethyst crystals. I like how the flywheels really stand out. 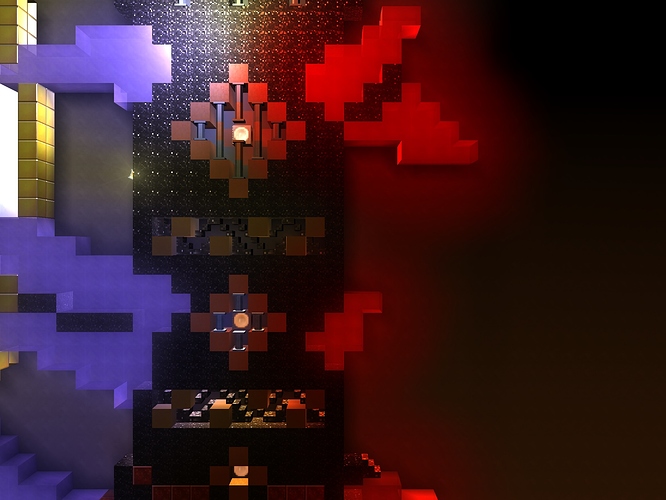 Not as much a fan of the pillars. I think I was getting a bit bored when I built them, and it shows. At least the ruby crystals came out well! They add so much drama to the whole scene.

That’s all for now. Everything else I’ve built has been small, unambitious, and not worth sharing. If you have any ideas for more things I can build, go ahead and share ‘em. If I complete anything else in the next century, I guess it’ll go here.

That Eternity Clock is freaking beautiful. I wish I could say my gem block and underground builds looked half as stellar. And it even has the only non-atrocious usage of gold I’ve seen to date. Major props for that!

I also like the symmetry of the Gardens, but looking at it makes me sad.

Cool!
You must spend a lot of time alone lol.

I love how simple yet introquet the Hanging Gardens are. It’s not an incredible number of blocks (as compared to other large scale buildings), but it looks incredible nonetheless

The Clocktower is really good as well

Wow, I’ve seen a lot of builds and I can’t say that this doesn’t impress me, seriously, keep doing these, even if your inspiration comes and goes.

Both of the builds are great, and don’t worry about the empty space, while the space is empty it’s inclusion gives even the emptiness importance.

Such a nice job and super creative. I especially like the clock, because it’s so interesting (unlike things I’ve seen before) and really maximizes the use of the glowing blocks in a great way.

I love that clock too! That’s amazing! Way to utilize the gem blocks in a novel and amazing way. I also really love how you used stairs in your garden. I’m a big fan of stairs for artistic flair.

I keep hearing good things about the goings on at Rabbithole…hopefully I’ll start to make regular visits there soon.

I love the build. If your (and all of our) inspiration keeps going strong, I bet that the forums will have many more amazing builds such as these. Love it.

(AYYYY you’re back, man!)
Those builds are freaking sick. I can’t begin to imagine how you’d go about building such incredible stuff!