Dissection of a 1/16 sized world.
The earliest screenshot I could find is from July 2018. Throughout the last 3 years, off and on, I’ve been digging and placing lights.
This was it in 2018. 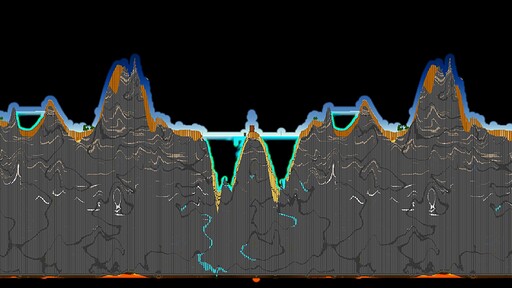 This is amazing! Wow! Well done! though, i’d love to know how much gravel you’ve made

Do the sky next!

Why don’t there a “Stop for the sake of your sanity” option???

i’d love to know how much gravel you’ve made

I don’t even wanna know. Stacks upon stacks. But it’s all immediately sluiced, so it’s hard to know exactly. Right now I have 35 chests of stone and 6 chests of gravel.

Do the sky next!

I want to! But it looks like ocean is winning in the poll.

Why don’t there a “Stop for the sake of your sanity” option???

Hahah! Thanks, but this is actually what keeps me sane. I started this world to give me something to zone out to and relax.

I want to! But it looks like ocean is winning in the poll.

Everybody should vote for the sky instead!

The sea is currently winning!

Oh no! Vote for the sky!

Shoot! Shoulda closed the poll when I had the chance. lol
I’m ok with the sea, I just think it’s gonna take more patience and attention. I can’t let the water overflow. I only used oil lanterns instead of steel lanterns in the ground. If the water overflows while I’m working in there it’ll knock out all my lanterns

I’ve probably never worn ice armor. Completing the rows all the way down to lava would give me a good excuse to use it for the first time.

Sky and Sea are tied now. If one doesn’t pull ahead of the other by this weekend, I’ll flip a coin.

What? They’re not tied right now.

Someone else voted after that message was sent.

Thank you to everyone who voted! Clearing the sky won. It was much easier than I expected. So easy, in fact, I have already finished. 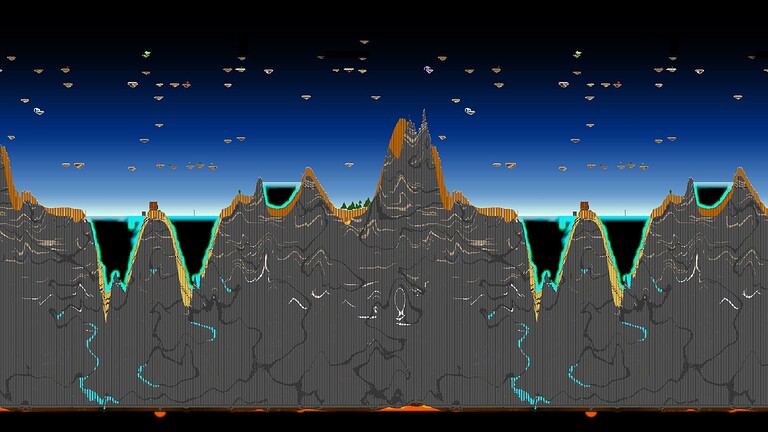 Sea came in second place, so I’ll be starting on that next :3