Apple Watch users will be pleased to hear this. 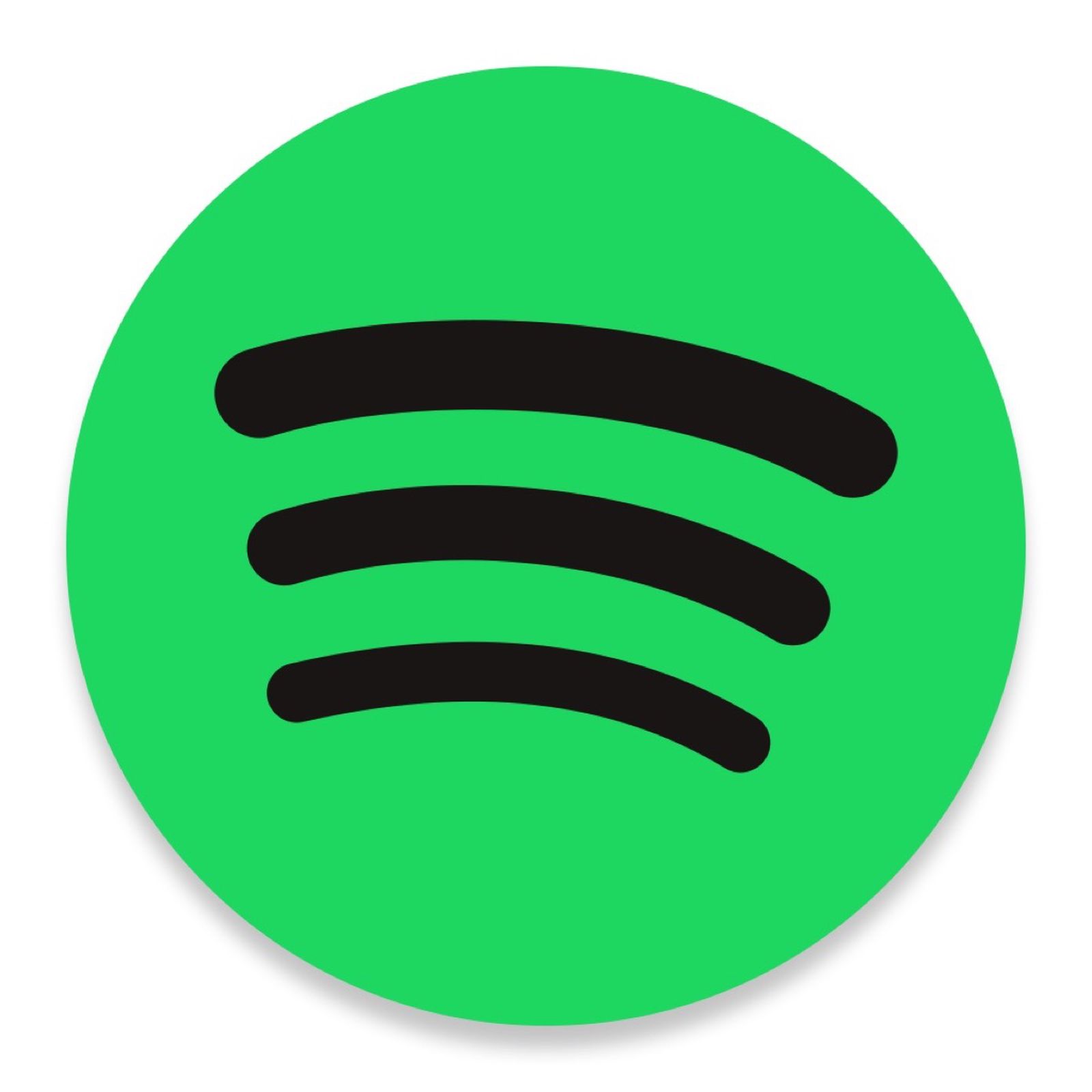 Spotify now supports Siri voice commands on any Apple Watch running watchOS 6, as spotted by 9to5Mac. With the latest version of the app,...

This year’s Apple Watch Series 6 is expected to feature an OLED screen like previous models, but a future model is likely to be the first Apple product to adopt MicroLED display technology, albeit not for another three to four years.

For if your wonder how MicroLED compares to OLED.

Anybody with an Apple Watch in South Korea will soon be able to access the ECG feature. 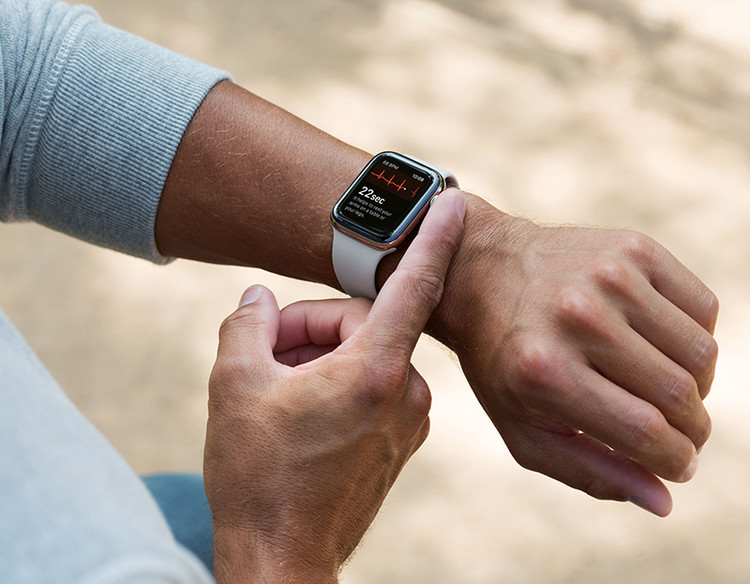 Apple has included an ECG function in new Apple Watch models since 2018, providing users in select territories with the ability to measure the electrical activity of their heart. Apple now appears to be ready to extend the ECG feature to South Korea,...

You can now use Google Maps on your Apple Watch! 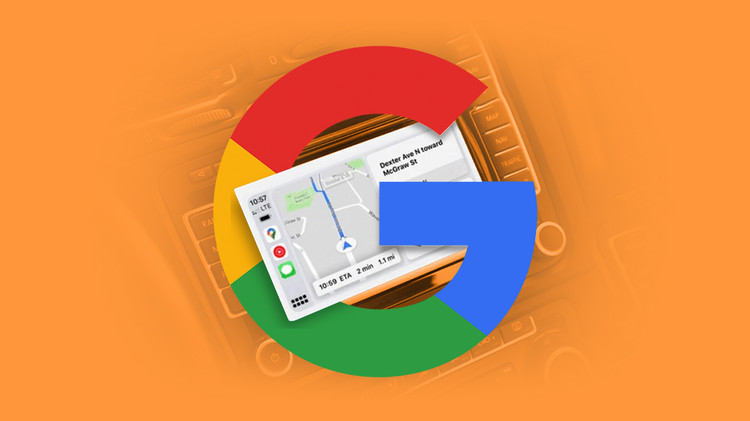 Google today announced the launch of several features for Google Maps on Apple products, including new CarPlay functionality and a new Google Maps app that works on Apple Watch.

It is hard for other companies to compete with the Apple Watch. 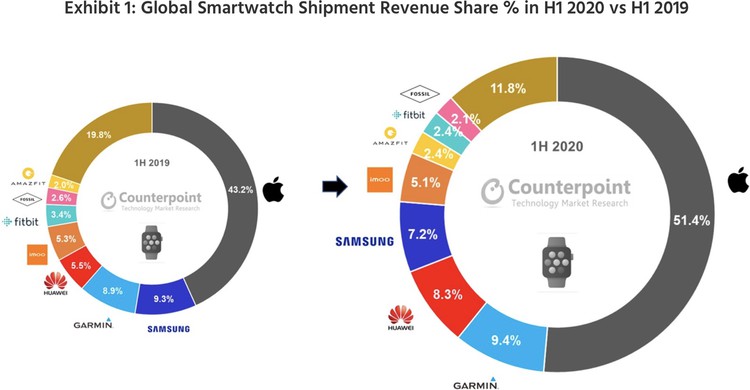 Apple Dominates Smart Watch Market in First Half of 2020 Thanks to Series 5...

The Apple Watch accounted for 51.4 percent of worldwide smart watch market revenue brought in during the first half of 2020, according to new data shared today by Counterpoint Research.

Apple is continuing to dominate the North American wearables market.

Apple continued to dominate the North American wearables market in the second quarter of 2020, with a growth of nine percent year-on-year, according to a new report by Canalys.

Apple’s ECG app and irregular heart rhythm notifications on the Apple Watch Series 4 and 5 have received domestic approval and certification from Japan’s medical authorities, indicating that both features should go live in the country very soon.

Google in August announced the launch of a new Google Maps app that’s designed for the Apple Watch, and at the time, Google said that it would be rolling out “in the coming weeks.”

Spotify is testing untethered Apple Watch streaming for some users. 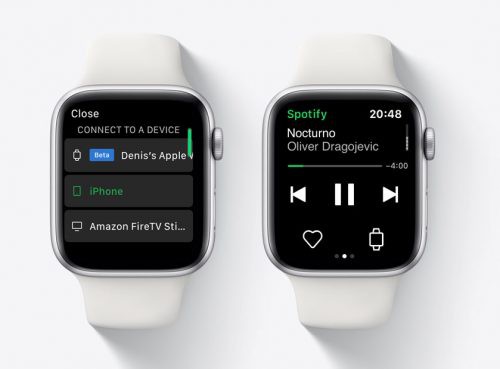 In November 2018, Spotify released an accompanying app for Apple Watch that allows iPhone users to access and control their favorite Spotify music and podcasts from their wrist.


Nike has made an announcement regarding some software updates for the Apple Watch Nike. 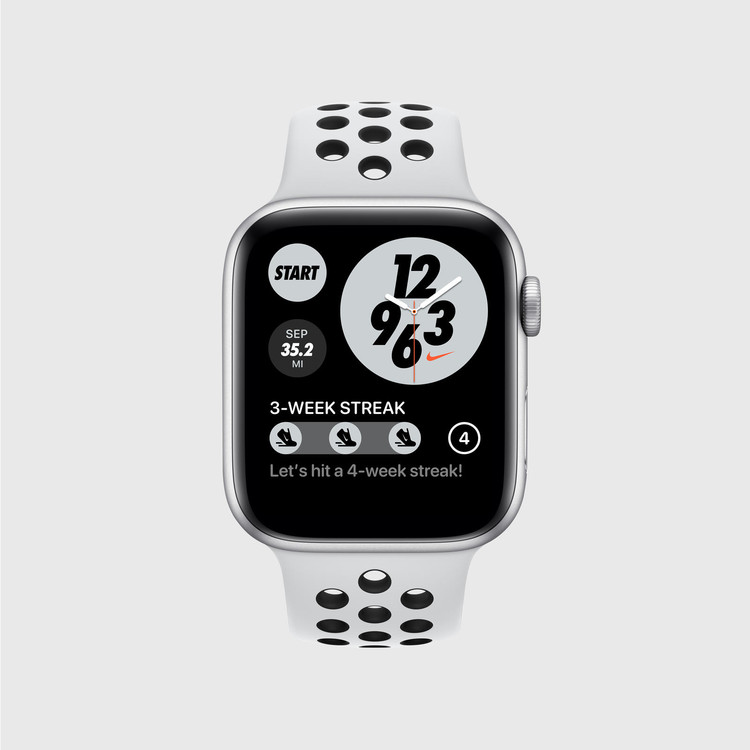 Apple appears to have been planning to introduce country-specific Apple Watch bands for the 2020 Summer Olympics in Tokyo, but with the games postponed until 2021 due to the global health crisis, they have yet to be released.

Masimo is accusing Apple of delaying a legal battle in order to sell more Apple Watches.

Back in January, medical device company Masimo levied a lawsuit against Apple, accusing the company of stealing trade secrets and improperly using Masimo inventions related to health monitoring in the Apple Watch.

Apple Watch ECG will be available in South Korea imminently. 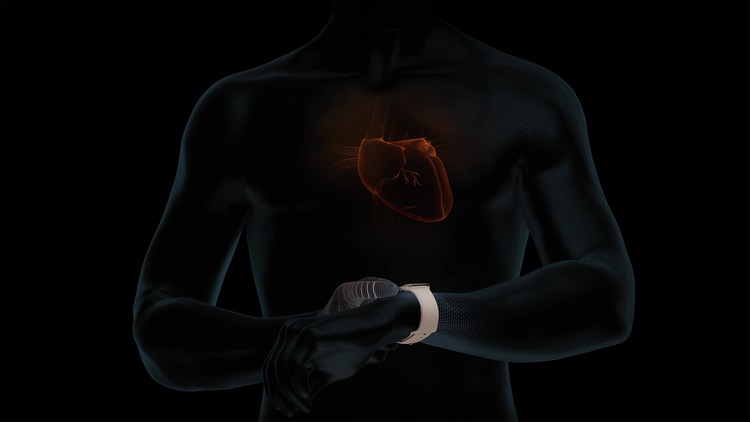 Apple today announced [Google Translate] that electrocardiogram (ECG) and irregular heart rhythm notification features will be coming to the Apple Watch in South Korea as part of the upcoming iOS 14.2 and watchOS 7.1 releases.

This is long overdue.

Spotify has started rolling out support for standalone streaming through the Spotify app for Apple Watch. With the new feature, Spotify users can listen to music or podcasts from Spotify over WiFi or cellular without having to have an iPhone nearby.

The Heart Analyzer app has received an update. 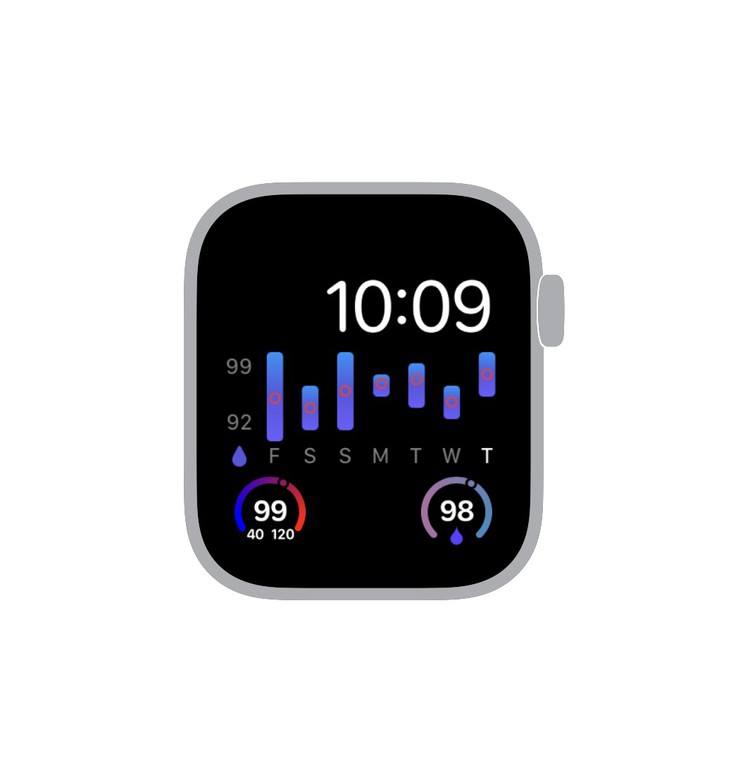 I hope that these bands are durable! 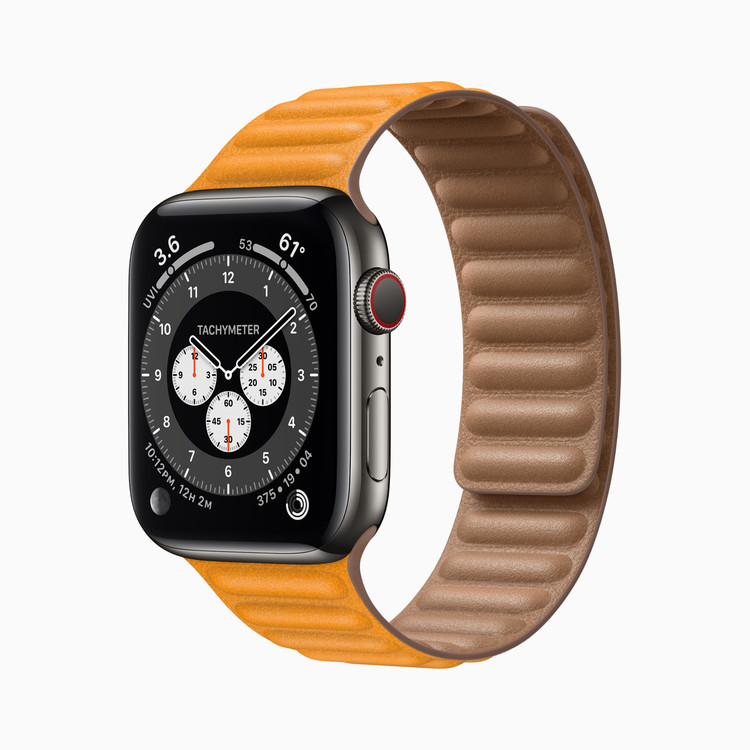 Apple has begun selling the Apple Watch models with cellular connectivity in Belgium for the first time, reports iCulture. 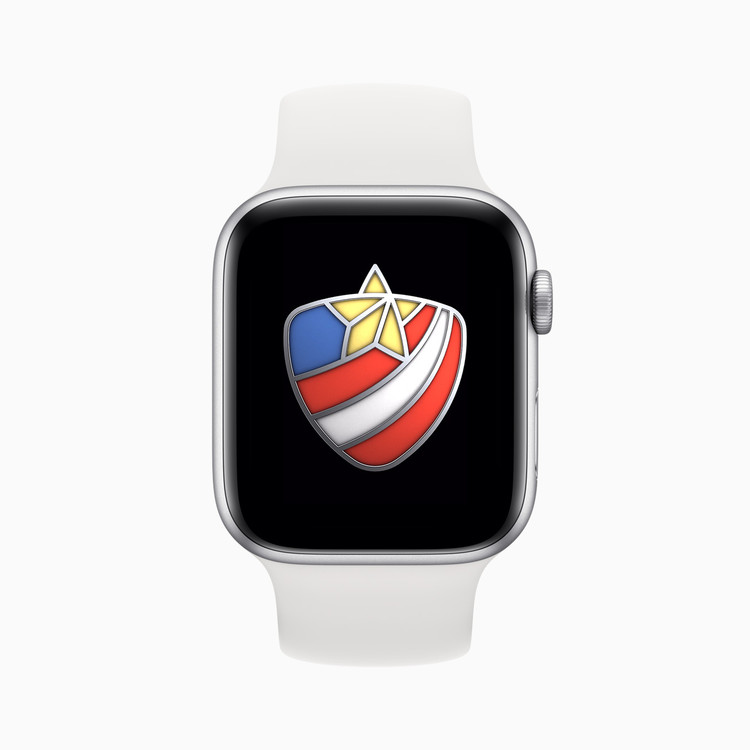 Apple today shared a press release highlighting its various Veterans Day initiatives, including a new Activity Challenge on the Apple Watch and an extended four-month Apple Music trial for veterans in the United States.

The Apple Watch is still the most popular smartwatch out there.

This is a weird accessory. 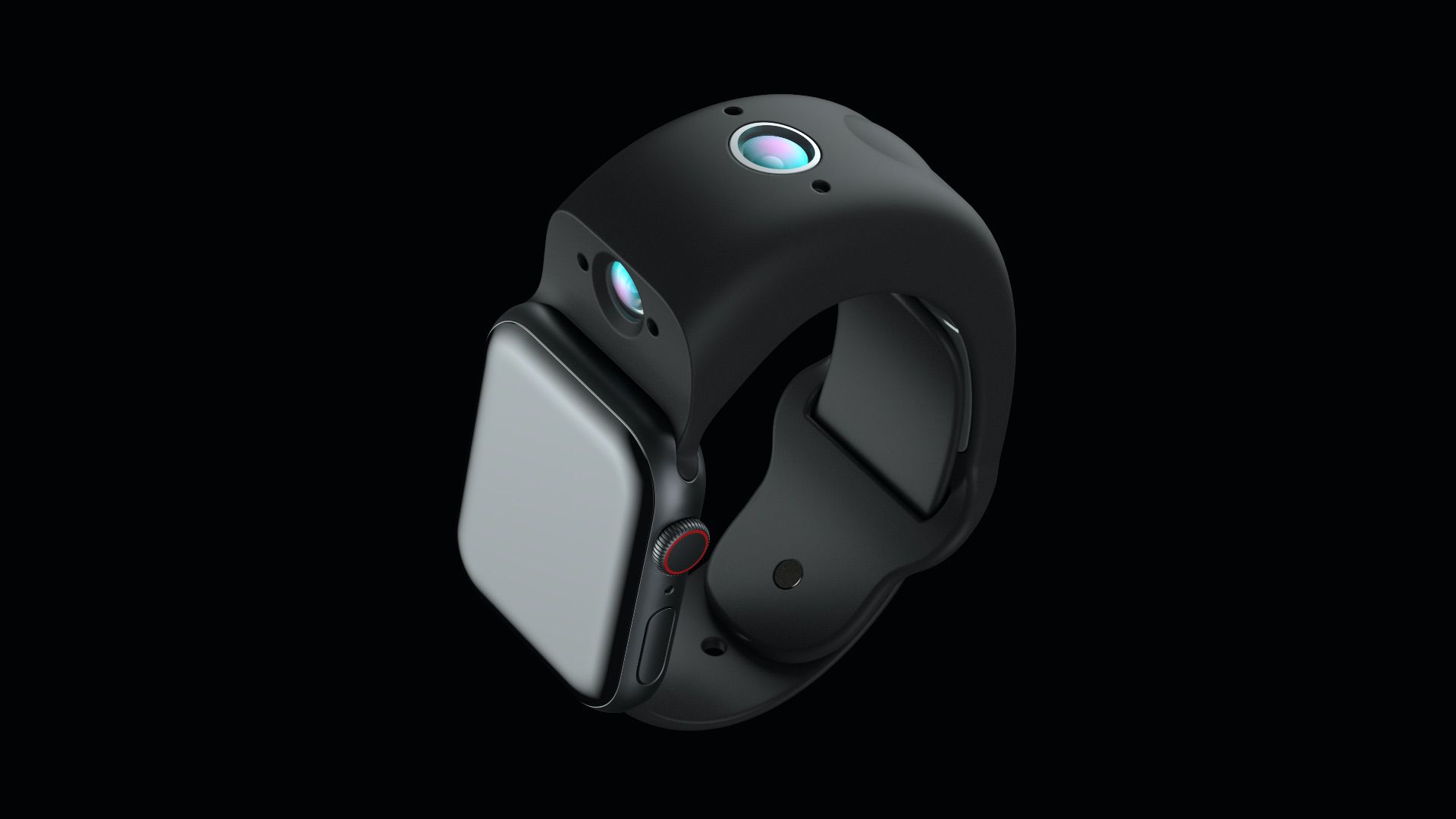 $299 'Wristcam' Adds a Pair of Cameras to Your Apple Watch

The Apple Watch has never included a camera, likely due to battery life and space concerns. A new Apple Watch product aims to address that lack by...