WELCOME TO Land of Nature!

I hope you enjoy the server is nature’s life

3.Don’t use other languages

6.No stealing other stuff.

10.No asking for mod and admins

11.To be sure u read the rules use other profile pic in blockheads not default pic Ok to know we know you already read the rules.

1.Make your owned ownership sign or take it in your portal chest.

2.Ask and give your ownership signs to admins.

3.Tell to admins where they will place the ownership signs

1. Please refrain from using foul language or inappropriate pictures. You will be asked to stop or change your picture before we begin to kick or ban you.

2. Any hackers will be immediately banned and their name and iP will be recorded. Even mentioning that you are a hacker or having “hacker” in your username will result in a ban. Please use the report button to report hackers to the owner.

3. You will be BANNED for impersonating ANY staff member. Even saying you are related will result in a ban. Don’t try it.

4. Please do not ask for mod or admin. Promotions will be made after careful consideration and a majority vote by the current staff team.

5. No begging for items. Our staff will not tolerate players who beg and constantly ask for items. You will begin with certain starter items and that is all that you will be given. DUPING WILL NOT BE TOLERATED.

6. DO NOT rapidly sell or buy items at a TP dropping every item onto the ground and lagging us all. Make space first! You will be banned after a warning if you don’t.

7. PvP is disabled. You cannot ask for team battle. NO asking to PvP ON attack players for no reasons> Stop means STOP.

8. No portals are to be placed within 20 tcs of spawn! Any portals placed inside the designated spawn area will be confiscated!

9. THERE WILL BE ZERO (0) TOLERANCE for players that exploit glitches to their advantage. Doing so will result in an IMMEDIATE BAN.

10. All instructions given by the staff must be followed. Failure to do so can/will result in a kick or ban.

11. No advertising servers. We do not go to yours to recruit players so please refrain from doing so here.

1.Not allowed build in spawn even our civilizations.

2.You can build far away from the spawn within 20tc from spawn

3.No destroying oceans sky island and if u cut gem trees its crime if u ask.

4.If you absent for months your builds will removed for not being active and others want to build there.

5.No using unmined blocks even the unbreakable blocks.

Thank you for help cate

Hello. You double posted, which is not allowed on the forums. Please read How to Fix Double Posts (with images) on what a double post is, why it’s not allowed, and how to fix it. Thanks!

Dont be mad ok thank you!

When you make someone triggered but you gotta be somewhere

Your spawn is beautiful nature

Hello @Starlight1 you double posted. It’s okay! You can learn more about what a double post is and how to fix it by going to the link below.

How to Fix Double Posts (with images)

some of the bulletpoints are formatted as links, I did not know that 2.no was a website XD

hmmm, block.heads nope does not format as link

It’s because there’s no space after the full stop.

But u can message me here ok.

This world is so beautiful you should join right now 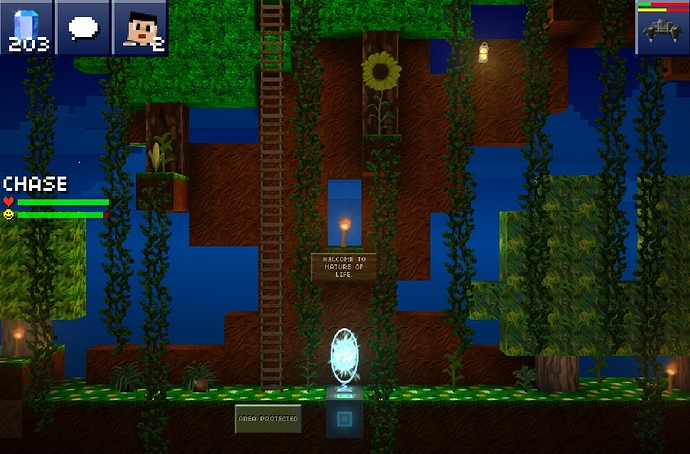 ANNOUNCEMENT: Please I’m inviteing every one to join right now! Because we started Competitions today! Today you can make animal pixel art and tomorrow making a related from thanksgivings like we revived in real life! I hope you join to our competitions. Thank you and have fun!