This is the sequel to a world named Rabbithole, recognized as a Cultural Blockheads Treasure, but showing its age at 6 years old. We decided to start a fresh new world but with a similar theme of Lewis Carroll whimsy. It’s a survival/vanilla, 1X, freebuild type of server. Your first goal will be to escape from spawn. It might help to think WWAD (What Would Alice Do?).

NOTICE: If you enjoy it here, my other servers are Rabbithole, Skylands, Skylands Arena, Skylands Adventure, and Skylands Odyssey. The last 2 are adventure maps with dozens of challenges prepared for you.

You are allowed to explore and build in any unprotected area. While building, you may get the attention of an admin to protect what you build. One sign (31x31) is free. See below for more details. HOWEVER, permanent protection is not guaranteed. What helps guarantee your build stays safe is your activity. Also, the further from spawn that you build, the less likely we are to “recycle” the space. In a busy server, the area near spawn can get cluttered by things that people build in a day, and then they never return to the server. As months go by, we reserve the right to remove the protection and let other players adopt your place, or remove it. Just don’t expect it to still be there if you vanish for 2 or more months. We know that life can get in the way, but the best way to keep something on the server is to A) make it a nice build (artistic, unique, well designed), B) make it farther from spawn and C) either drop in every now and then, or let the owner know of an extended absence and expected return.

The message bot provides many useful things, but the main one is a virtual currency. I call them RabBitcoins

and the RabBitcoins you earn on Rabbithole can be transferred here. Everyone gets one coin per day just for joining the server, as long as the bot is running. Quests provide further coin rewards. What do we use them for you wonder? The main thing is for property. Every player gets one free 31x31 protected area. If you want to expand beyond that, it costs 5 RabBitcoins per 31x31 area. Here are some other ways to spend your coins:

Starter chest - 2 RabBitcoins
Custom message from the bot when you join - 10 RabBitcoins
Mod (trial period) - On a trial basis, I will grant mod status for 75 RabBitcoins.

The other fun thing the bot provides are quests. They are typically done by finding something somewhere on the server. The list of quests will initially be rather limited because we don’t have much built yet. But that will grow over time. Use /quests to see your available quests list. The XP you get will advance your level and move you up on the leaderboard. 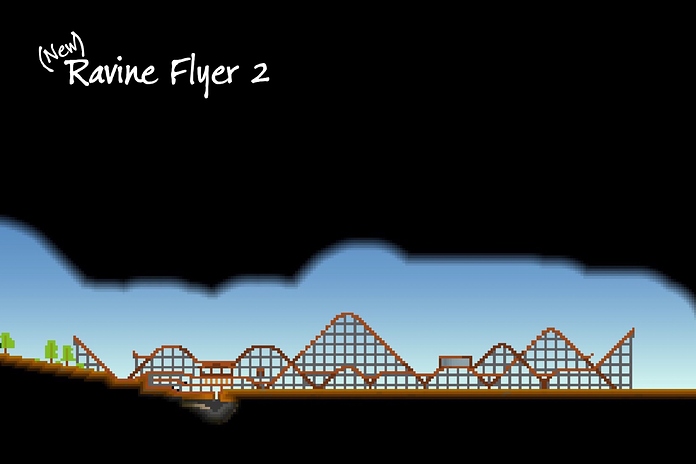 Remember ladies and gentlemen. When you join looking glass when it opens if you are looking for a track to ride, the new ravine flyer 2 is the one for you to start out on.

It is located to the right of spawn some distance, but you will get there.

I can’t wait for the grand opening!

The server’s whitelist has been lifted recently and open to the public.

Something seems fishy about Ravine Flyer 2… can you find what it is and where it is? Beside the obvious hill changes I had to do because the front seats part wasn’t going up the hill properly.

Maybe this could hint towards something…

I randomly joined this server the other day and am enjoying the challenge. I look forward to exploring further.

The server is new and scarce now, which is a good chance to build pixel art and other unique stuff.

Made some changes to ravine flyer 2, and edited this post to remake the logo to add Revised instead of R 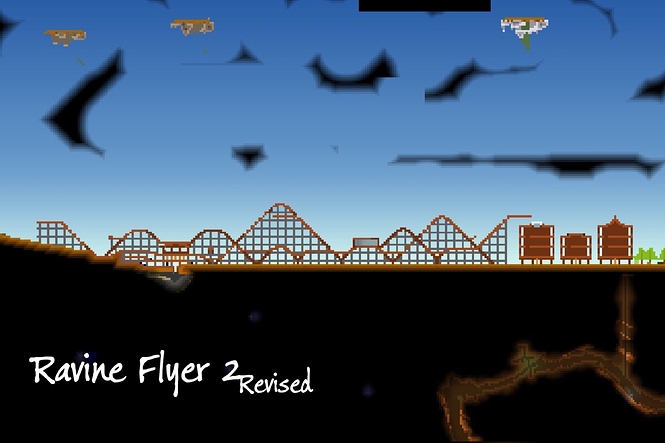 Course not completed. Only housing part. Image of shark riding by milla’s avatar.

Open to Tame Your Shark!
Contact GGB to receive a personal room for you and your shark. Start taming your shark for the race Winter Season 2020

Can’t find it? It’s on an artificial island in the middle of the ocean. 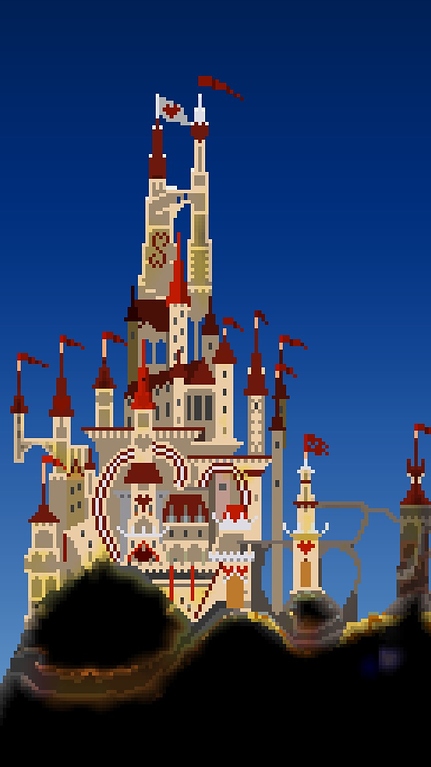 Uh. I think I just got taken off the whitelist. Is there anything I can do to get back on?

i have moved it to a whitelist while I make a decision. A hacker chose to kill the trolls at spawn yesterday.

You mean Tweedledee and Tweedledum? Yikes. Can I get on the whitelist?

There’s no point getting on just yet. Some progress may be lost. We’re rolling back to a backup.

Interestingly, the rollback granted me the knowledge of several items I hadn’t encountered yet, so I can now trade items my blockhead has never touched at a trade portal. (It also erased all of my lightBlocks, but that’s to be expected.)

EDIT: Two minutes later
And my entire inventory has disappeared save a meager stack of copper coins. Whoops.

Sorry about that. The server reverts inventories back to the state of the backup.

Happy Holidays everyone. I have an announcement I just thought I would share.

We just completed the subway around the world. It is not entirely functional for trains, but it should work with handcars and will undergo further testing. The subway is divided into 6 different lines indicated by their color. The subway entrance at spawn is under a small fake tree just to the left of the big spawn tree.

Red Line - begins under spawn and travels right to below the western pole.
Purple Line - continues from the western pole to the North Pole.
White Line - begins under spawn and travels left to the Ice Road, passing Atlantis
Ice Road - a fun handcar ride under the mountain which holds the South Pole.
Blue Line - extends from the Ice Road left to the Eastern Pole meridian
Green Line - connects the Blue Line and the Purple Line going under Polen City

It was a fun time Jem. Thanks for letting me help