Back to playing blockheads after a long hiatus and found that easels are also buggy on singleplayer world.

It creates the painting if I select 1 or 2 pigments, but if 3 pigments are chosen it gives the ‘job canceled’ sound and animation of all items going back into my blockhead.

Tried making a new easel but it’s still the same. Is there no solution…?

Can you please show a screenshot of when it happens

Use white instead of black. It generally offers better results.

The same thing happened even when using black, red, yellow. After I press that craft button, you see the arrowed items going back to my blockhead in the second screenshot. 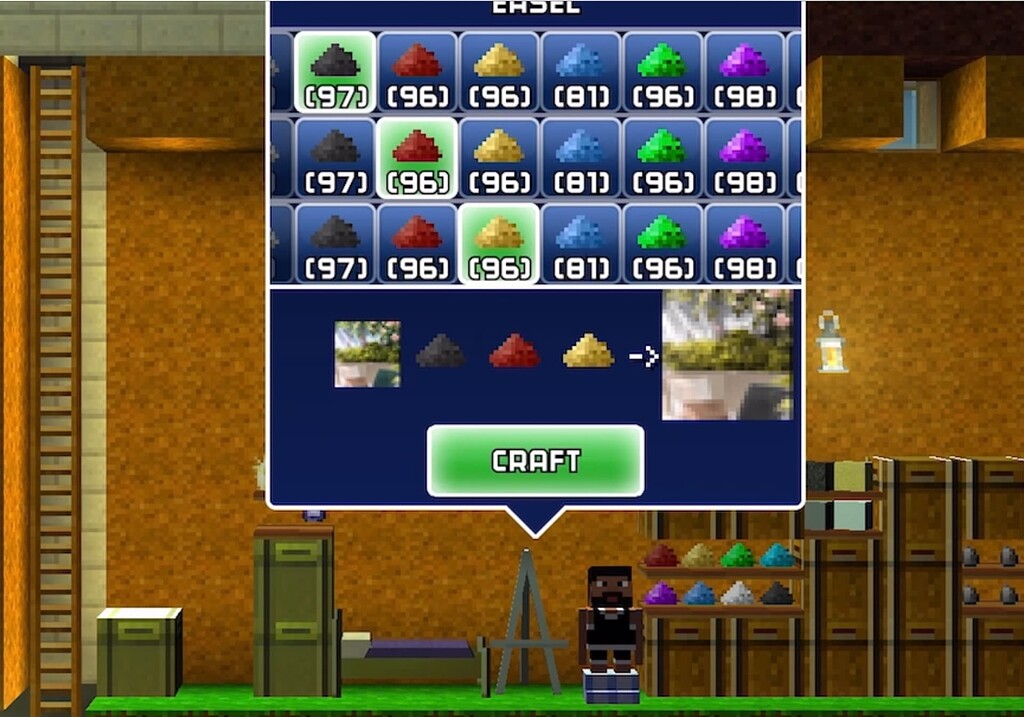 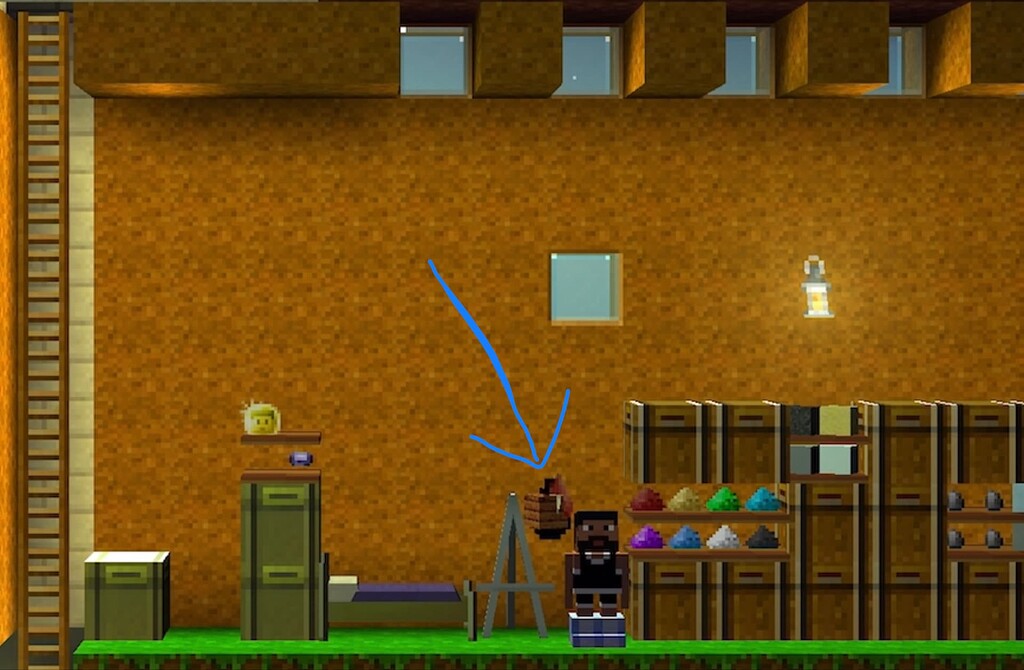 What are you playing on, and what are the spec’s of the image?

Playing on iOS. If it helps, I’ve changed device once after creating those sp worlds.

Have tried different images and the smallest was about 50kb. (While the ones I manage to create using two pigments were at least 500kb…

Is white one of your pigments?

I tried it just now with and without white using the 50kb image, failed both times.

(But when I tried two pigments selection including white it works)

What about white plus two more?

By the way, I really appreciate you taking the time to help figure out what went wrong with my easel, especially since most people’s sp world easel are working. Thank you.

You’re very welcome. Something you could try is offloading the game, to ensure your data is retained, then reinstall it and craft a new easel.

It’s limited to using white or yellow as the third pigment though, and only works if I’m crafting in the original sp world the easel is crafted in.

I moved the new easel via portal chest to my other world where I was making an art exhibition, but it didn’t work there. It didn’t work in another world either, with white/yellow as third. But it works when it’s back into the original world.

As I was typing this reply it occurred that that world is actually the very first sp I created when first starting blockheads so I tested it out…. turns out even the other easels work there with white/yellow as third pigment. I haven’t played that world for awhile; choosing it after reinstall was a lucky fluke so I can’t confirm if it’s always semi-working in there or the offload-reinstall triggered it.

…this is simply bizarre. Still, I’m glad to have two more color options for the third pigment. Thanks once again to everyone, especially Milla, for bearing with me and for the all suggestions to try.

The need for white was included so paintings don’t end up completely dark. I didn’t realise that you could use yellow instead, so that’s nice to know!