I am playing a 4x world with an iPad more than capably of running it smoothly. For some reason, when Iook back on some explored areas become unexplored again, I can’t even move my blockheads back to spawn because there is a black wall! This is a local world. image|1024x711 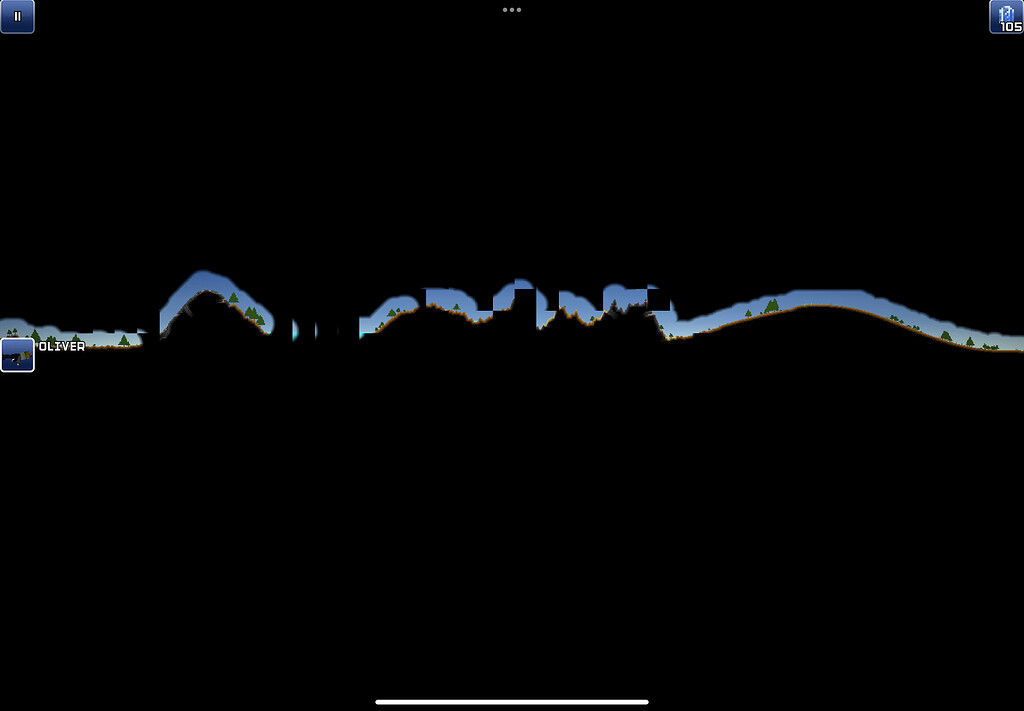 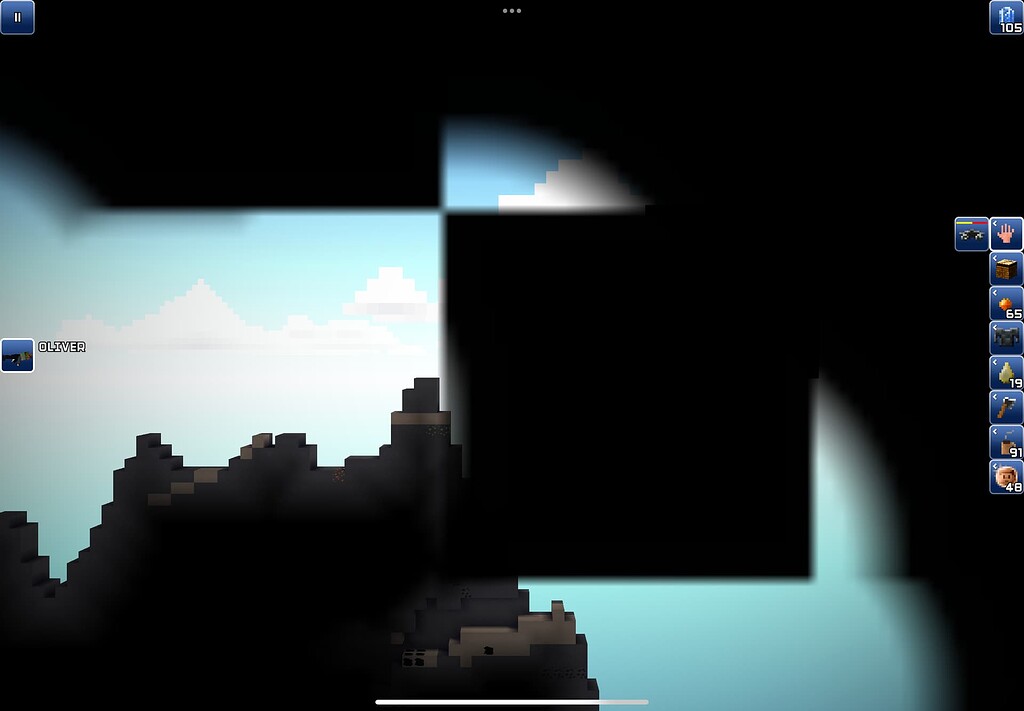 And it doesn’t re-load when you zoom in on it for a while? On a server that I played hosted on my mac, sometimes large bits of it would turn black and I’d just have to zoom in and wait for them to fix themselves.

I don’t know if that would help for yours or not.

This happens to reduce lag and improve game performance.

Parts of the world will become blanked out, so the servers / your device doesn’t have to keep every chunk loaded. Unfortunately, it gets in the way of long distance travel, but that’s just how it is

Try zooming in and out SLOWLY, see if it works. (Don’t do it quickly, it might make it worse.)

I don’t think that’s why it happens. After all, it’s a visual glitch.

That glitch has been happening since 1.7 was released. It seems to happen more when exploring an area quickly, such as with a Boat, Unicorn, Donkey, Jet Pack, or on foot with the Speed Boots.

Once you pass by a second time, most of it will clear.

I believe it was discussed during Beta testing but there wasn’t much Dave could do about it. Something to do with improving the algorithm for lighting. My memory is rather foggy on that point.

It’s not a visual glitch though, I physically can’t get my blockheads past the black spots

Well, it’s definitely a glitch of some sort.

It’s not a visual glitch though, I physically can’t get my blockheads past the black spots

Ok well that’s different. If the fog doesn’t clear as you move your player close to it then that’s a more serious issue. Try closing all other apps, force closing the blockheads app and reloading, maybe even rebooting your device.

Hope that does something

It sounds like that world is damaged. Is it hosted on our cloud platform, or is it outside our control?

It is stored locally on my iPad. It is the largest world possible however, I guess that could effect it

Oh wait a second - come to think of it, I had 2 instances over the last 7-8 years where my SP world became corrupted because I switched too quickly between SP and MP worlds. What happened was very weird because some chunks of the MP world (Cloud world) got copied over to SP and the black fog areas would not clear no matter what I did.

So Milla is most likely correct – your SP world may have been damaged.

When this happened to me, I was still able to recover most of my items by using a Portal Chest. But that won’t work with a custom world of course.

Wierd. Now I can sort of fix it, by “exploring” the area again. Very strange. Man I wish I knew Swift so I could fix all the bugs!

The Blockheads is coded in Objective-C. I don’t think you’d be able to access the game’s code anyway.

Maybe I could take over the project… rewrite it in C++ and make sure The Blockheads never dies! Oh well, I don’t think that’s gonna happen either

Yeah, that’s never going to happen. Dave is holding on tight to the game’s property.