For the worthy is a survival server designed for experienced players. Whether you’re highly skilled in pvp or simply enjoy being part of a friendly community and would like to join a city or go solo, you will find this server welcoming.

This 4x World’s conditions are challenging, set to very cold with trade portals on jobs only. Death drops is all items and there are no safes, cabinets or jet packs allowed.

If you are highly skilled in PVP then we challenge you to knock Insidious (formally known as Zain from PVP legends) off his pedestal and gain #1 in our pvp league. So far he remains undefeated.

Images accredited to; Wraith for spawn, Fred the friendly hacker above spawn, Cloaked Warrior - lord of the rings castle, Nameless The Ice Palace, Imaginuity light house and Totally not a blockhead Sky base. 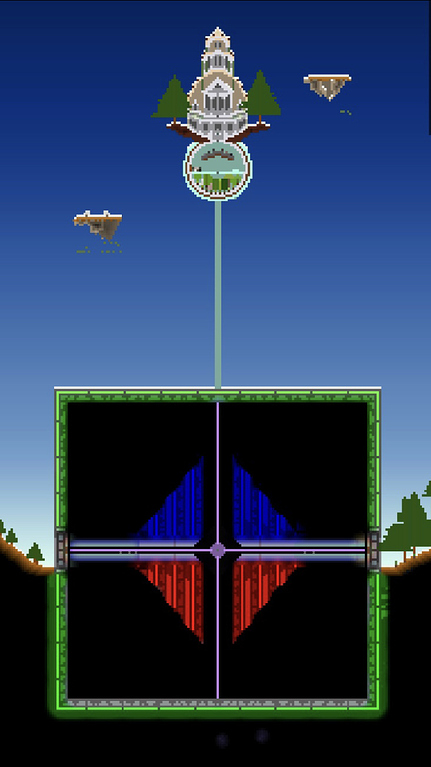 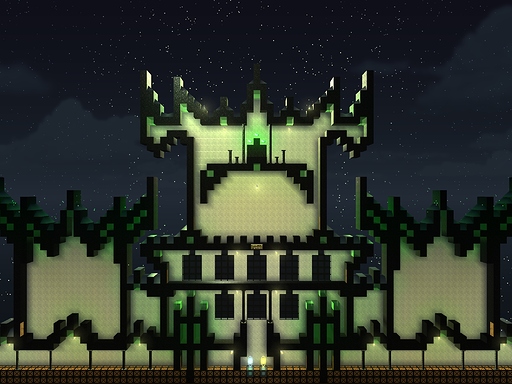 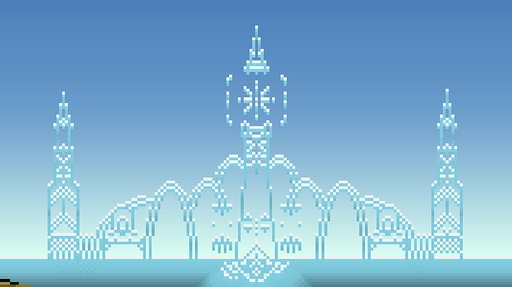 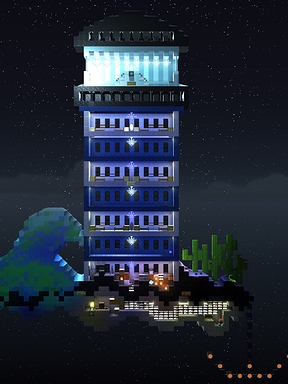 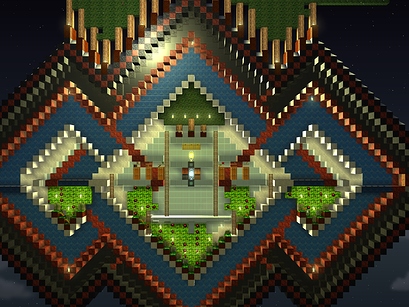 It’s all about the choices you make!

Have you got the perseverance, courage, leadership and strategies to build an empire?

Build a city and form alliances to create a kingdom. Invade and defeat other kingdoms to build an all powerful empire. This server is about teamwork and trust. Whether you succeed will depend on your judgement so choose your team mates shrewdly and remember strength can be found in numbers.

• No sluices or train yards, level 3 craft bench only.

• You can’t use: safes, cabinets, portal bases or use of portals for storing on lava.

• Shops can be used for genuine selling and priced no higher than 5 plat. Shops must be placed in an accessible area and not used for protecting valuable items.

• Iron armour is limited to 99 sets per blockhead.

• Carbon fibre armour is limited to 200 sets per blockhead.

• you are allowed more than one type of armour on the same blockhead.

• Teleportation is set to diamond.

• TP’s must not be upgraded past level one and are set to jobs only.

• Trades can be made in person and with the opposition.

• Drop holes must be covered after use.

• Do not kill trolls. If unwanted trade with another player or an admin for 2 pieces of ice armour.

• No finding loop holes in the Rules!

Once initiated a player must not leave during combat; logging, pausing, door hiding in protected buildings or teleporting is frowned upon and offenders will be punished. Killing is not allowed at spawn apart from between established players. Please give new players a chance to establish themselves before targeting them. PVP challenges may be arranged between players and bets can be placed. Admins may from time to time arrange tournaments and award prizes for the successful players.

Moderate swearing is allowed within reason as long as it’s not aimed at another player. This is an inclusive server and any discriminative talk about gender, sexuality, religion or race will not be tolerated. This is a friendly community and hostility must be reserved for during pvp. Players are expected to show respect and good sportsmanship after fights.

No advertising or posting of links.

There are NO starters available, it’s just what you spawn in with.
All items drop on death. Killing is a good way to become rich. Stealing from and griefing your opponents bases is fine. Needless destruction of quality builds will not be tolerated.

No advertising or posting of links.

There are no active admins so that everyone has equal chances in play. The mods are all experienced players and you must listen to them and comply. They will always give a warning first, then they may kick or ban according to their judgement. Temporary bans may be used to defuse situations. Do not ask for promotion to mod. Hard work, conduct and loyalty will be noted.

Enjoy your time on this server and play fair!

Special thanks to; Husky Lover, Cloaked Warrior, Raven The Reaper and Ghost for their builds and help with the discord server. Also to SmokeyRabbit who totally inspired this server!

YOOOOO!! thanks for posting this best! those buildings sure look POGGERS tho! im looking forward to seeing new players into this server. im sure newcomers will enjoy playing and socialising in this world! there are more information on the welcome msg when you join

add me on discord if you want to 1v1 me then we can schedule a time where we’re both free: Unkn0wnShad0w#1667

Looks like a fun sever. I’ll have to play on that.

Does SmokeyRabbit know about the server?

Boy! This server looks like much fun. Everybody should go play it!

Hi woohoo Ill be glad if you join

Smokey doesn’t seem to be active anymore. We’re on her discord servers but there’s been no sign of her for over a year.

WOAH YEAH FOR THE WORTHY