“ How to make a hidden base that no one can go in (not protected) “
Like I said how can I do this?

Sorry I’m kinda oblivious when it comes to some things

Inevitably someone will find a hidden base and break into it. However it can be made much more difficult to break into if the location is underwater or high up near space, constructed with stronger blocks such as steel, titanium or carbon fibre blocks, iron doors and surrounded the perimeter with either extreme heat or cold.
Also do not place teleportal within the base, a blockhead should be left in to base to place the portal if/when needed and remove it as soon as it’s finished being used.
These pics are examples of how players protect their bases with metal blocks, furnaces, steam generators, columns, chests, etc: 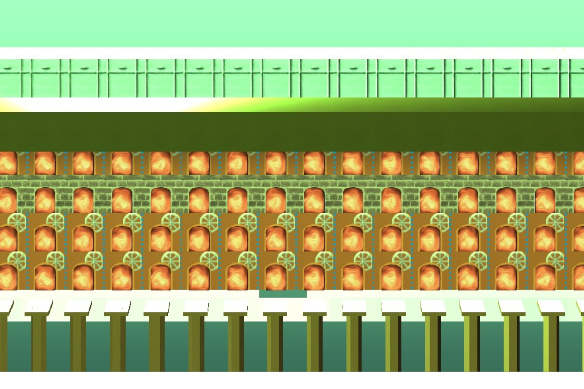 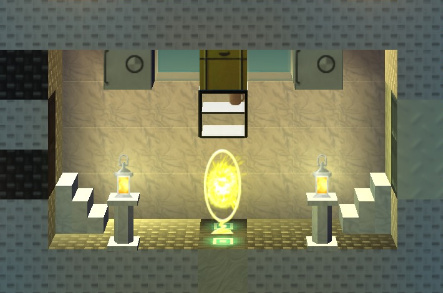 This guide mentions how to build a hidden base as best as possible.

1 the healing pool. to make it make a pool / hot tub. place camp fires under it and fill the pool / hot tub with water. wait a little while. if you see steam coming off the pool / hot tub that means you did it right! [image] how to spawn fish. have a pool of some sort. get some kelp. place the kelp [ to spawn scorpion get sand and a prickly pear. wait for it to grow. voila you have scorpions [image]you have to wait a while for fish you need kelp. kelp grows in water. wait for the help to grow…

So you probably thinking: Admins won’t break your houses because they take responsibility of it.
Well… no. If you’re on a aggressive servers, it won’t be easy. Even admins won’t spare you and cut you like cakes. So I, probably a experienced builder learn a bit about defense and optical illusions may help you.

Starts off with decoys as the easiest thing you can do on any place. Decoy of decoy is my strategy, build a medium scale house, then make another underground base that will only being a decoy, and the final base should be all the way down but do NOT touch the lava since it will light up and exposes your base, well I mean you need light, why not use light for your advantage?

Talking about lights, here’s a great trick: luminous plaster’s background glows and will allow you to make paths in the dark, it is also convenient that you don’t have to worry about world search admins because when you zoom out to world view, the backgrounds act like normal plaster and became black in the dark. But it’s pretty hard to press to move because it will became a undiscovered area, so you have to move manually. Be sure to have some paints so you can recognize things better! (Disclaimer: I have rebuilt an entire mountain system just to do this trick.)

Now for the hard thing, work benches. The work benches are actually hard to find a place to place since some of them will actually lights up. Luckily, there are almost no glowing on electrical work benches. But how do we get the power sources? Pretty simple if you have some coffee, and some money. Remember the decoy I mentioned earlier? Use that to make a trash chute that is 3 blocks wide, so you can place iron blocks on the sides. Meanwhile, on the same altitude of your main hidden base, try to make a path that is a block high with some paint, and plasters to cover up mistakes, use also some iron blocks and place them horizontally for about 10 blocks away and you can now have a power source. Place a copper wire and lead them to your electrical work station. And I forgot to mention that you can paint the iron blocks, paint them to make their color the same as the natural stone, it will be the best idea to spend a bit more time to be more protective.

For food sources, it will be the most difficult part because you have to gather them. You don’t wanna risk your life having a cactus farm for food because they’re very lethal if you left them for 20 in game days, scorpions will eventually take over. It would be better if you use one of the decoy to be your food source. Especially make a outdoor garden so none will suspect that is a farm but more like a decoration.

And finally not so hard which will be black paintings. Neutral players can’t place blocks or lights on paintings, if you have enough time and “illegally had the moment” to dupe the paintings, you can surround the base at least 30 blocks which means 10 large paintings. Although admins can remove them, it could slow them down for a few seconds so you can grab everything important and evacuate before they terminate you.

Bonus Tip:
Having a build surrounded with Scorpion turrets is dangerous, but we are talking about slowing the enemy. So it means you need water since water will slow everything down even if they have jetpacks. Having layers of them and make them to break through he blocks just to go back up and get some breath slows them like eternities. Even if they had kelp, get some titanium and make about a 5 thick layer of steel, carbon fiber or titanium which work the best. “But what if they broke off the container and spills out everything?” That’s where the doors came in. The doors has the ability to “copy” the block between them and make them into that block which keeps the properties of the copied block. And try make it wooden doors for let them to get inside because they would rather get in further to get into your base than learn to spill everything. “But dude, if they know how to leak the layer, how can we deal with it?” You know: Lava heat, scorpion turrets. Lava which deals damage overtime even if the player has armor and scorpion turret which if they get stacks up, they will murder players like a automatic turret. Even if they managed to remove a thread which is the scorpion turret, they still have to worry about you escaping from another direction. This trick evolves than every other trick above and you can expose the base with light, and you can ignore every other trick above which is convenient.

That’s it, that’s my hidden and most protective base… of mine. Some of them might lead to stupid results but it is mine and yet, someone might actually make a better one but whatever. Until that happens, I hope you all survive with these tips. (Sorry for not having any pictures or screenshots, they are long gone ;-