I am back at it in expert survival. (quite fun, but hard).
So I spawned in a little area, between the sea and the mountains. 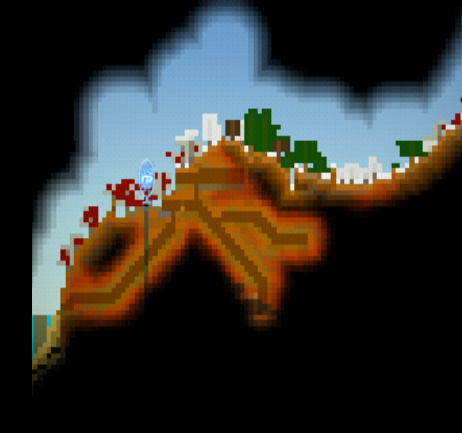 It’s cozy, and was nice when I first started off. A apple tree allowed me to plant more trees, while making dodos spawn for food, and eating seaweed until I had built up my resources. I noticed that on both sides, I was trapped by the cold. I needed flax, but there was none to be found, which sucks, because in expert you need flax for everything. So my only option was to go looking for it…In the cold.
I started making campfires, another hard to do thing in expert. Over the course of 3 real-life days, I had 10 campfires. I was good on food, and had found the hat of fullness off to my left, although still trapped by cold. I had tried to climb the mountains twice before, and failed twice due to lack of food, and lack of warmth. But this time I was ready. I hit hard with 10 campfires, and 40 dodo meat. It was slow, but I made progress. I needed 3 camfires around me at all times to not take damage, or to be underground with one. I kept going up, and dug in for the night (night is horrible. You need to be undergroud, blocks into the mountain, with 3 campfires to not take damage. You can’t really make any progress. Then, I found the bottom of a artic pole. Not thinking correcly and looking at the colors, I though it was santa hat, which would solve my cold problems. I built a fire ladder, (pic below) making it slowly up. I got to the top, after taking a hour to get to the pole, and a half hour to get up. and…
South pole boots of speed. I haven’t even picked them up before this post cause i’m so mad/sad. I think I have to treck back down, and try the other side for the hat.

journey I had to take, the moment you stop seeing trees is where you start to take cold damage. 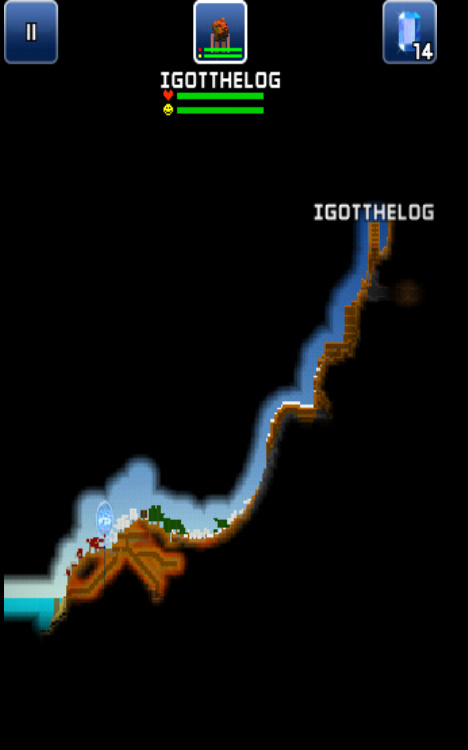 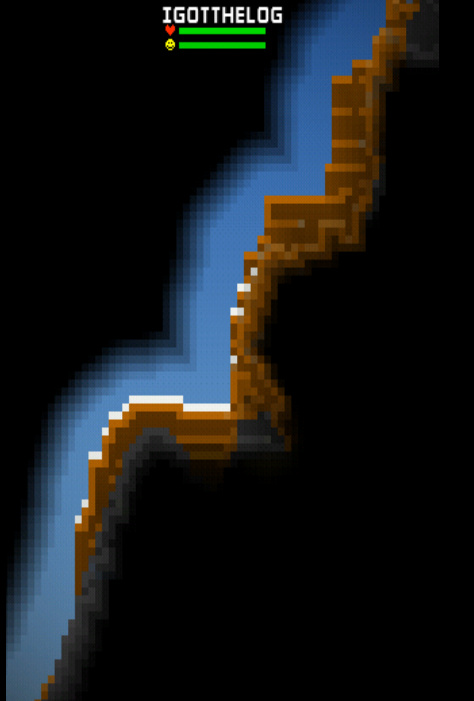 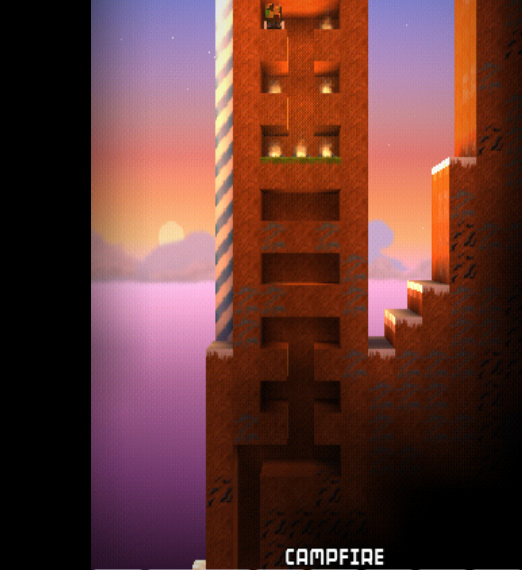 Half a hour to get this far

You could’ve dug right through the mountain to the other side. Would that have worked?

The lack of being able to meditate is a real killer sometimes in Expert mode. Looks like you got started right off the bat between a rock and a hard place. I’m curious, did you make this a 1/16x custom world as well?

With the dirt you excavate, could you build a tunnel bridge across the water to the left? If it’s indeed a tiny world, then the oceans are going to be very narrow, and so are the mountains. So as Wumbo suggested, you might be able to tunnel through the mountain pretty easily and quickly come to warmer climes, maybe where you’ll find natural flax or perhaps chilis growing.

Mining down might also be your salvation…if you got lucky and found a trade portal guarded by a cave troll. That would get you access to trade portal jobs which sometimes give flax.

The mountain is very large, I have no tools as they need flax, and because of the energy loss rate, I can mine about 20 blocks before needing to sleep.

I made this a vanilla rules 1/16th world size. I can swim across the ocean, and have, but it’s just more cold. Now that I know that’s where it’s most likely to be the hat, that will be my next move. I guess I could have built part of a tunnel bridge, but With the slow dirt collection rate it might not be the best way. My goal was to find natural flax, and you can get flax from chilis? I also don’t want to mine down, becuase I have no armor, no tools. Everything is locked by acquisition of flax. I too miss the ability to meditate.

You don’t get flax from chilis but they do keep you warm for a limited time. You could farm them to build up a supply and that might keep you warm enough to get you past the mountain.

In the 1/16 world the cold region won’t be that wide. Fully zoomed out, you can see all the poles and equators on one screen. The other thing is that mountains are squashed in appearance so that they all appear tall but narrow.

Heh, this making me want to try a 1/16 Expert world for the interesting challenges.

EDIT: My first attempt did not get the same (bad) luck you did. my spawn was uphill from the equator with the food hat. And next to that was a flax plant.