Is there a good way to get time crystals?

I’ve been trying to get time crystals and the only good way I’ve found is watching the videos or buying them, are there any other ways to get them? I’m trying to upgrade my trade portal so i can get better items (I’m still pretty new to this game, haven’t played it since TC safes were a thing)

Well, watching ads is a good way, but mining them is also fun and rewarding. It also tends to kill two birds with one stone since you find ore and gems and other thing you would need anyway. a great world to mine tc is Skynet, a expert world with a surprising amount of tc The only issue is the owner says you need to have a gem pickax and the portal is only amethyst level. Also what is a tc safe i have never heard of this.

I watch an ad almost every time that I have the opportunity, and currently have around 3100 tc. The ads are usually about 20-50 seconds long, and if you have time to spare, or you’re waiting for a blockhead to finish a job, it is a rewarding way to pass time. However, mining them is great, and I would suggest playing on Skynet, like Si Guy said. It is expert mode, and has lots of time crystal blocks that you can mine once you get a gem pickaxe.

Yes I also have almost 2000 tc and only about a hundred of it was from mining and you need to subtract from that the cost of the pickaxes and the gems.

Ads, get a diamond pickaxe, mine for time crystals and pray.

TC safes are basically safes that contain glitched time crystal items. you would drop it, pick it back up, and it would become real time crystals, i got into a lucky server where a guy gave me a few. I remember making a 100 diamond portals for a server back then from those and still had 11k time crystals left over

how do i get to skynet? 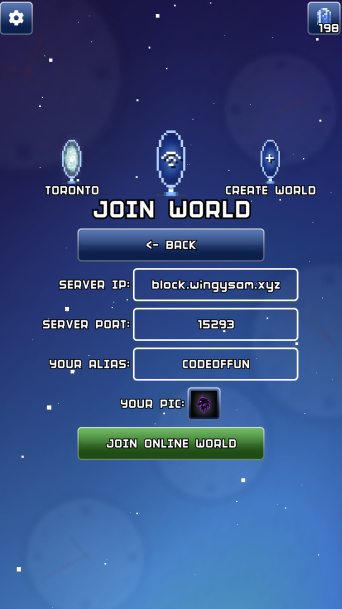 courtesy of Codeoffun. Just to let you know if you do join, it is just starting out and and is expert. But is a whole lot of fun! look forward to seeing you on the world!

Use a normal pickaxe to mine your way down.

What about gold pickaxes? Do they fall under the “normal” category?

@WumboJumbo No… that’s an ostentatious pickaxe (though useful too when mining, don’t get me wrong— I just wouldn’t use it on stone).

Normal Pickaxes: Pickaxes that do not have a special ability when used to mine with.

Ads are the best way. On my old device I have around 25k TC from ads. Would have more if I saved more, but I got frivolous with my TC spending when I hit the 20k mark–before that I saved religiously.

fun fact: theres a strange game mechanic that causes a ton of time crystals to spawn directly under the north pole in caves, so you can try this (do NOT try it in a cloud server though, things will go bad)

Do you mean like a Server world? what will go wrong?

fun fact: theres a strange game mechanic that causes a ton of time crystals to spawn directly under the north pole in caves, so you can try this (do NOT try it in a cloud server though, things will go bad)

Here’s an old thread about the same topic.

What is the best way to earn TC? Questions

There’s are 4 ways that I can think of to gain time crystals. Watching videos Buying them Time crystal blocks (gem pickaxes recommended) Meditation Videos are the easiest method of gaining time crystals. Buying them requires money (duh). Finding the blocks in a vanilla world can take some time. Finding them is one thing, but getting a gem pickaxe is another. If you get them both and possibly even a jetpack on a x4 single player world, it could get a bunch of tc as long as you have a diamond p…

Ronnie had a guide on how to efficiently mine for TC using a single player world.

There are some advantages and disadvantages to using single player vs. a server to mine TC. In a server, you might not be the one who is paying to upgrade the portal to get a diamond pick so you save some TC costs. However, other players may have beaten you to mining the TC blocks. In single player, the TC blocks are ALL YOURS!! But you do have to at least get a portal chest to bring in a diamond pick, so there is a higher initial TC cost.

Either way, there is the time cost associated with mining and you may or may not be the type of person who enjoys spending time mining for TC. Personally I would rather spend a few bucks to just buy it when I need it, and watch videos when I can. Buying it has the added benefit of supporting the game and hopefully allowing Dave to run the cloud servers that much longer.

True, but I have found more TC on Skynet than any other world. Not sure if this is coincidence of if expert give more. I have also found considerably more Gold, Gems, Plat, and Titanium.

Not sure if this is coincidence of if expert give more.