Only OG can understand this meme 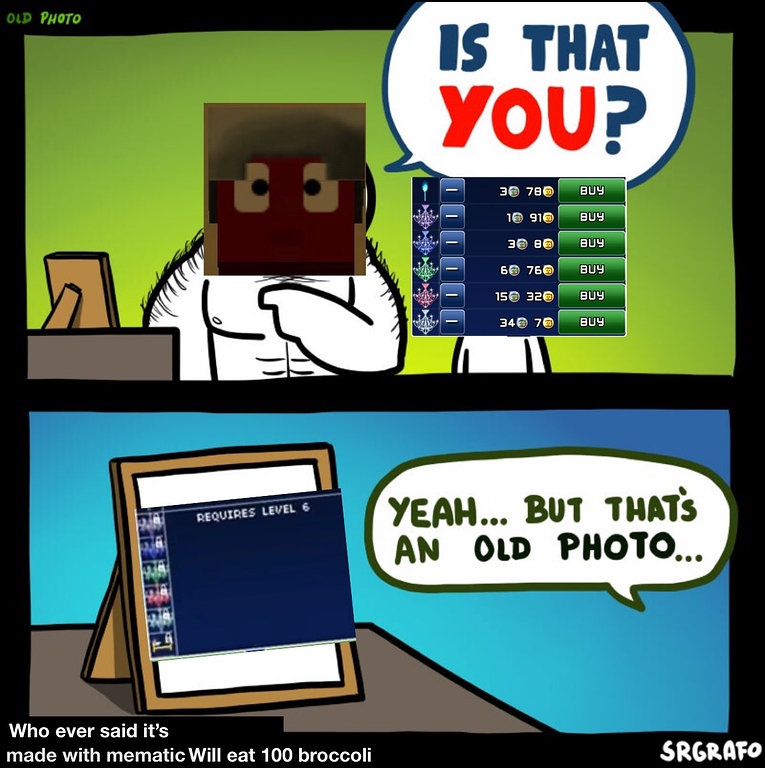 You can buy golden bed from tp a long time ago

dang, i remembered that you could buy Amethyst to Diamond pickaxes, and golden beds back then. but to be honest, i miss that. though it was kind of broken at the same time, NGL.

I am one of the very few true OG’s still on blockheads every once and a great while out there to be honest, been playing since version 1.0, but have mainly moved onto other games such as roblox. though i want to start up a SP world.

Also, who remembers spending money for a texture pack that would eventually become free. lol

i remember spending at least 9 dollars on HD on 3 Devices. R.I.P

wait, i think you could restore it across multiplie devices on the same platform (ios) same as to doube time.

Not in this instance. There has been more than one Apple ID. We really appreciate the support though. People who purchased HD textures before we made them free helped support the game for several years