Woah, this is big news!

President Trump will require Beijing-based ByteDance to sell its ownership in TikTok, the popular video sharing app that U.S. officials have deemed a national security risk, according to a person familiar with the matter. 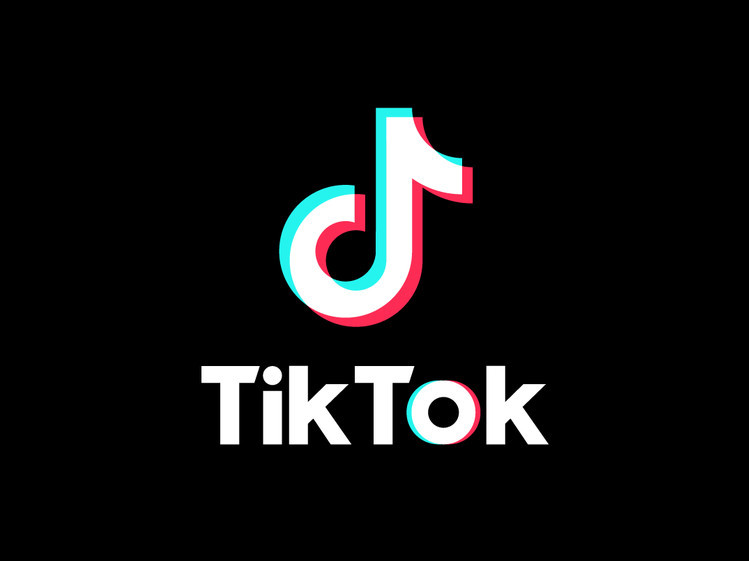 Microsoft reportedly in talks to buy out TikTok — iMore

TikTok may soon be owned by Microsoft. The company is reportedly in talks to buy out the U.S. portion of TikTok amid a rumored Trump administration order for TikTok owner Bytedance to divest.

I’m sorta happy about this, some of the things TikTok wants are creepy and could scale out to be an cyber attack. 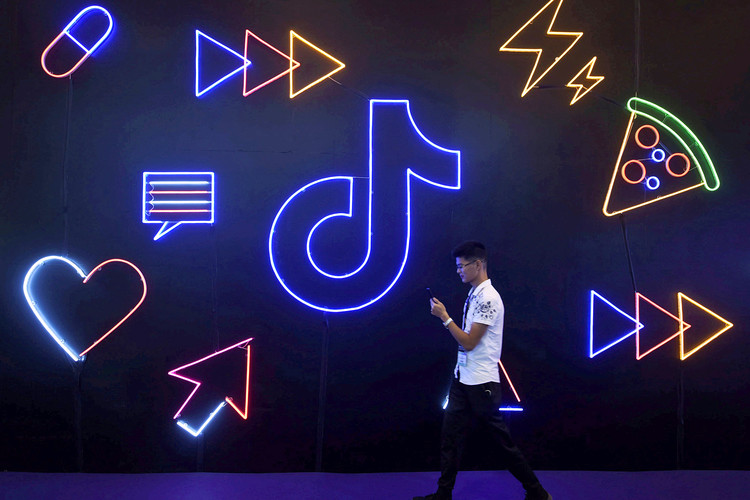 "We're banning them from the United States," Trump said Friday night aboard Air Force One.

This brings tears to my eyes, happy tears of course. I’m glad the notorious chinese spyware is getting banned.

The platform is just weird.

TikTok could possibly be banned as soon as today.

Trump Plans to Ban TikTok From the U.S. — MacRumors

the notorious chinese spyware is getting banned.

The previous article you linked already stated that. Do you just read the headlines or do you actually read the articles before posting them?

The previous article you linked already stated that.

I wanted to reinforce what I said earlier.

I do not like the platform… It is a huge distraction and my sister procrastinates so much because of TikTok (she is addicted to the app). I seriously do not like TikTok. I feel as if I have lost my sister because she emphasizes 90% of her time with this feeble app. I am happy…

TikTok is just an app that gives short doses of dopamine… You can get more dopamine by opening more videos and watching them. >:frowning:

I am glad that this application that is operated in China will be gone soon! We must not let anything foreign, especially from enemy countries, harvest our personal data.

I agree with this. I think it was a disaster waiting to happen.

Microsoft paused negotiations with ByteDance over TikTok's US operations after President Donald Trump said he wouldn't support a deal, The Wall Street Journal reported. The newspaper reported that Microsoft had been in "advanced talks" with...

Im confused. So if Microsoft had acquired TikTok that would make it an American company so then Trump wouldn’t shut it down?

i think this is good, a lot of people are going to say the app is ‘cringe’ but that’s not even why i care for it goin down

personally while i feel it does make some people happy, it also contributes to a real world problem, this being one of the leading apps in completely distracting youth entirely

a lot of kids spends morbid and near inhuman amounts of time straight on tiktok in a day, some people even contributing their entire day to it

i know that the app isn’t meant to do it nor is it the developer’s fault that people are so attracted to it they can’t stop, but even if that’s the case if you run over a person with a car by accident you still get punished for it

if this app creates this much trouble though not intended, it should still receive the same result: pulling the plug, at least in the united states first, which is also one of the most victimized areas

How do you know that it isn’t intentional?

meant to overly attract people of this generation to their app and basically brainwash them? i didn’t think there were good chances of that happening; but i suppose i wouldn’t be surprised either if they did, so i don’t know

Amassing a large frequent user base is generally the goal of platforms of this nature, I think you’re wording it a bit aggressively though. I would only use ‘brainwashing’ to describe the heavily regulated media platforms that are used by China and only China.

All I’ll say is YouTube is the definitive video sharing platform, so bye bye Tik Tok.

All I’ll say is YouTube is the definitive video sharing platform, so bye bye Tik Tok.

TikTok videos are much shorter though.

Regardless, Microsoft has returned with their attempt to buy TikTok. 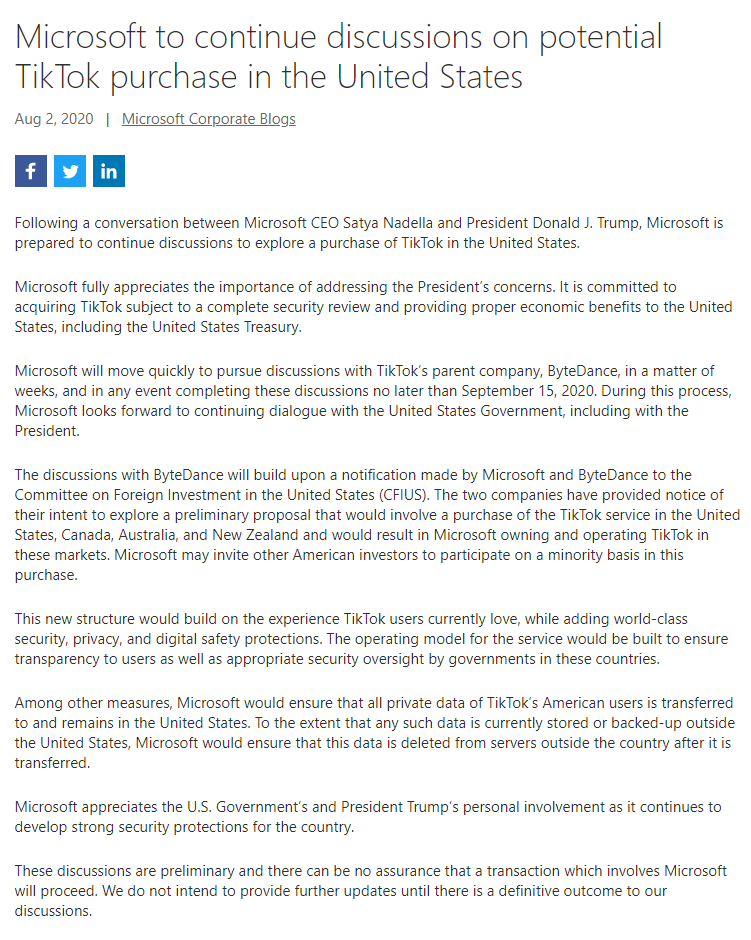 BREAKING: Microsoft says after CEO Satya Nadella & President Trump spoke, the company "is prepared to continue discussions to explore a purchase of TikTok in the United States." The company will "move quickly" and complete deal talks no later than Sept. 15 https://t.co/jn8limUSe7
gollark August 3, 2020, 10:52am #20

Addicting people means they use the thing more, so they use more ads, so it’s more profitable, so obviously that’s a goal.