What was/is your favorite server?

Many people here have been playing Blockheads for years. In that time a ton of servers have come and gone. Only a few like Rabbithole have existed since before the Cloud and are still up and running.

Its really hard for me to pin down a single server that’s my favorite, I’ve fully upgraded on all of Jemni’s servers, beaten Maze Runner, crafted multiple jetpacks on Skeeve’s Exile, circumnavigated Skeeve’s Gigantic Empire… I think my favorite time is still back in 1.4 when I was brand new to the game, crafting my first handcart to ride the rails in SCE (not a forum server, died when Blockserver did) was a majical experience, and since protection signs didn’t exist yet, and I usually didn’t use safes as a matter of principle, I had bases hidden all around the world.

So my question is, what is/was your favorite server and why? What was it about the server that made it your favorite time playing BH? Everyone who replies with some thought (“because” isn’t a reason, I want to hear about your time playing!) will be entered into a drawing for a month of credit to the server of your choice.* 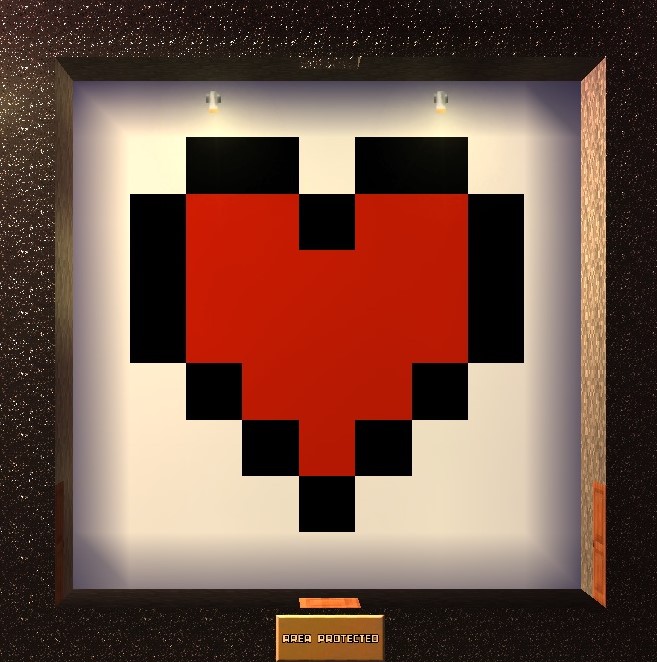 My favorite server was probably Majic Wands, owned by StainedGlass; a huge contributing factor to why it’s my ‘favorite’ is because I made some really good online friends there. Also it was Harry Potter themed and I’m a big HP fan (it was before the Curse of Cursed Child killed me).
It was fun creating places from the books and holding classes (the Defence Against the Dark Arts homework people sent me was extremely entertaining to grade/read), and there were a lot of hilarious conversations and events that were memorable enough to the point where I can still remember some word by word.

I was an immature control freak, though, but I learned a lot from those mistakes…albeit I have been somewhat regressing in that progress, but I digress.
Good lessons learned. You know.

Moonlight Lanterns by Wilkokid/Malon190 for sure. It holds its own special place in my heart being my first experience in multiplayer and where I met and played with the likes of Asyc, Caron, Jem, Juju and many others. I spent a lot of time playing there in 2014 and made a lot of fond memories.

Only a few like Rabbithole have existed since before the Cloud and are still up and running.

I thought Rabbithole was created when the Cloud had just come out.

Nope. A lot of worlds migrated from Blockserver to the cloud. Rabbithole was one.

As to my favorite server(s), I’d have to say Aceland, and it’s namesakes. It’s where I met a lot of the people who have been my friends here for these past seven (almost) years. Thank you all. It’s been a privilege, and I’m grateful.

Evolution and survival of time. They are both great.

My favorite (has had many names but this is the one it has now) emci village original name tici city. Tici city is where I met a lot of my friends now. everyone there is nice and amazing to hang out with I could go on and on but I won’t to keep it brief it’s a awesome loving server the owners are amazing

Rabbithole. Such a legendary and fun server to play on. And an amazing owner and staff line as well

Jungle Survivor. I made so many friends and had so much fun hiding and defending my base.

an old server I loved was Clishcraft. back in the Blockserver day, that was my go-to place to be when I had absolutely nothin to do. I used to chat, sometimes build, and meet new people. the staff there were wonderful, and eventually I was privileged enough to become part of their staff team. at one point that server closed and some of us migrated to another server called Pirate Cove. many memories were made, but it was fun while it lasted. I honestly don’t know where most of them are now, but I hope they’re doin well in life and wish them nothin but the best.

the interestin thing from that was becomin close with one particular person who I can consider as my “brother,” even to this day — despite the fact we no longer talk — I appreciate him for everythin he has done for me. if it wasn’t for his continuous support, I wouldn’t be as carin and “understandin” as I am today.

I think I’d have to say my own server, Luniverse. I made so many memories and friends there who I still talk to today such as Lulu, Shark, Sour, Race, Sara, Husky and more. Thanks to Luniverse, I became a better person. I’ll never forget that server and the people there, if it weren’t for them, I don’t know where I’d be.

I have server, Magic Lamp its my first server and Mega castles it’s my latest server…
I miss them a lot…

Muddy Waters~
It was my first time on the game in about four years.

I loved the server and stayed there because of its challenge and community. It was fun to relearn the game while trying not to die due to constant cold, or looking for your second amethyst and finding a cave troll instead (at the time I had never seen one before xD)

Once someone got established on the server they stayed there. Although the population wasn’t the biggest, the people who were there were always friendly, helpful, and loved the game. I met some awesome players there- some of which I still see around today on other servers we have spread too.
They are still equally kind, helpful and passionate about the game.

I am sad I was never apart of the “gold age” of Block Heads or Muddy Waters, but I am so glad I have been able to be apart of this small bit of the community, it has been extremely fun.

Merry Christmas to you all, but especially to @Catage @vbabe1 @kevasa @Oblivion ROFL/stickman, Bary, Embun, Whiteadder @Tbuckey Shills, and many others who have been a joy to play with over the last months

It’s so difficult to choose just one, but I’ve narrowed it down to a few.

Skylands arena was definitely one of, if not my most played server. I really loved all the fun handcar tracks and of course the great people! Here’s where I was finally introduced to handcars, and I wouldn’t be the same person today if not for this server.

I also spent many, many, many, many, many, long hours trying to beat Maze Runner. There were some great people here as well — except Thu, I think she was just there to see me get my behind kicked by her pets. This server definitely shaped me into who I am today and why I can never look at a scorpion the same way again.

DZ-17, despite some… mishaps, is also one of my favorite servers. I loved the challenge, and I got to hang out with some pretty great people there too. It’s not the same to run a similar server! It takes most of the fun out of it.

It’s really tough, but I’d have to put them into that order, with Arena topping my list.

I think I have 3 general periods of play experience.

My first favorite server is Rabbithole, from the first days of multiplayer in 1.3. (yes @WumboJumbo , it’s from when MULTIPLAYER had just come out, which predates the cloud by a few years). I played pretty exclusively on that server with White Rabbit and many others (it was often maxed out at 16).

The main problem on Rabbithole was with all the griefing. I learned fairly quickly that all you had to do was built high enough in the sky to be unseen by the casual explorers on the ground. This was waaaay before jetpacks, so you had to know exactly where to place ladders if you wanted to find a base in the sky. This led to my second main server: Skylands

With the financing and building help of Elmouchas, I started a server where the main theme was to build in the sky to avoid vandalism, or hidden deep underground. This started quite a fond period of building for me and we actually had a copy of Skylands that was whitelisted, and one that was public, to weed out the better players. That’s where I met some great friends like @Ingeniare.

After dabbling with handcar parks on the other two worlds, I decided to make something devoted to handcar sports. At about the same time, the 1.6.1 release which brought the dawn of the cloud was coming out. The other grand addition was protected areas. So I could build handcar tracks out of any material and protect them from harm. So my tracks expanded into wooden ships, sand pyramids, glass towers, etc. Evolving from a simple out and back track, Skylands Arena saw half a dozen race tracks get developed and we raced for season after season with a novel scoring system, witnessing champions like @PorkyTheChop, @Dylanjdj, and others. Those were perhaps my favorite times of all.

They might not be very active these days but I keep all three of these servers running still.

The good old classic Jetpack City. When I first played the game, after a decent time on single playe, this was the first server I stumbled upon. I was absolutely amazed by the spawn alone! It put my first house to shame! Teal steel roads for miles! Some admins guided me through some ‘advanced’ blockheads techniques and other tips(when coffees and safes sold for tons… waaayy back) I made good friends with them! Few months in and they trusted me enough to help moderate the server… I felt so honored and happy!! Then, I met this guy - Lazr61 if I remember correctly - we had so much history and brotherhood together. Us and a few others decided to journey off to the North Pole. It was a looong journey, but we made it and had a great little celebration! Unfortunately, the server had started dying out not long after we made it, and jetpack city went out of credit before we set a base there.

I wonder if I’ll ever see that fellow again. I don’t remember much of him anymore, but I do remember the jokes we’d usually share. Great first memories. Possibly the entire reason I’m even still around the game!

Merry Christmas to you too Breadtree

. Your house was the first one I passed on my long trip around that world. Many months of good memories.

So hard to choose but I will go with the world I spend the most time on now, expert survival. Great people, great pet sharks and the world is just the right size to get around and look at everything players create but not feel crowded. Also great to meet new people that really know the game.
Some pics of my sharks. 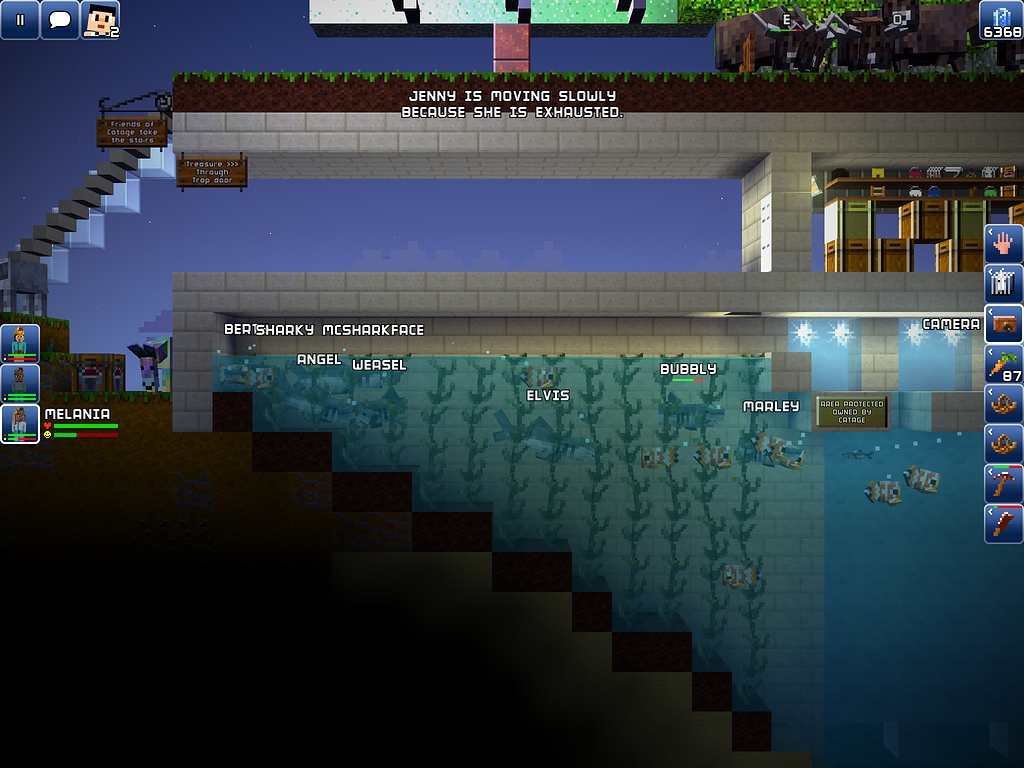 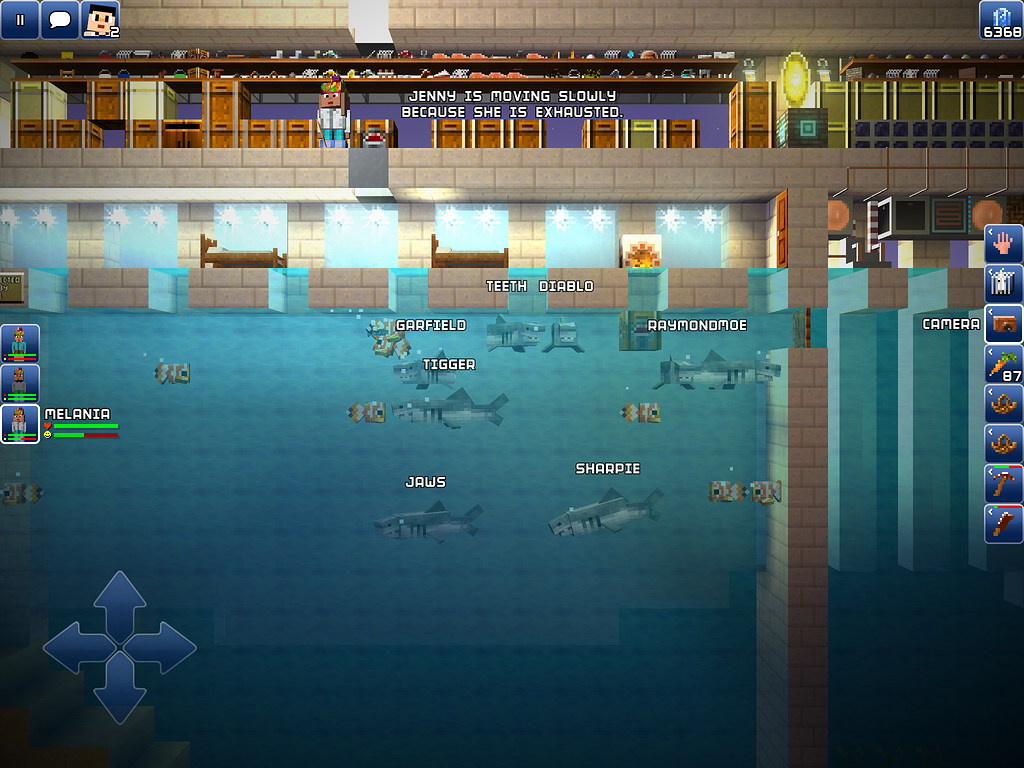 Congrats @Masterbuilder! You won the drawing for credit! Where would you like it sent?