Hi everyone!!! I am currently making this thing: the amazing

How to set up:

So players take turns casting a rod. If the worm lands on a block the player is out. If worm lands between a block, the player is still in. The first gap is 5 points. The second is 10, then 15, and so on, yet if it goes over all the blocks the player is out. But if the player catches a FISH in ten or less seconds then their score DOUBLES. Whoever gets most points after 5 attempts wins!!!

I will be posting pictures soon.

We used to have a game similar to that called BBQ worms
(EDIT: originally created by: @Wicked - thank you @Thuthu for the reminder : ) 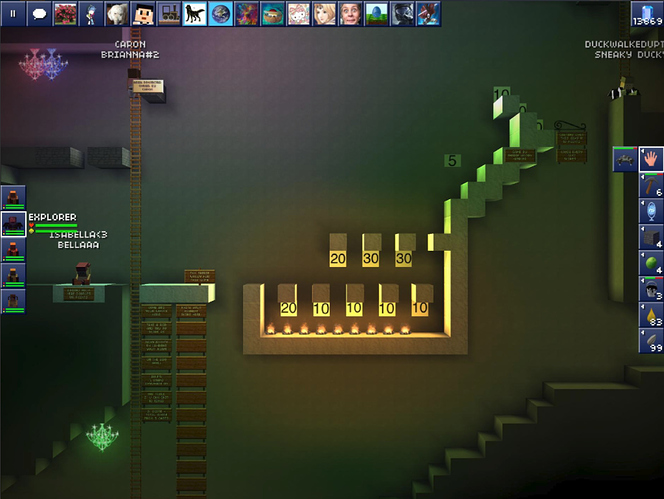 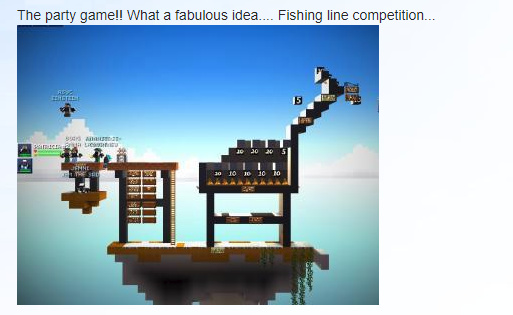 Don’t talk to me about fishing lines…

Why does milla dislike fishing lines? Does it have something to do with her being a surfer?

The nitrotraniumdioxynitratdioxide probably had something to do with it.

That’s not even a word…

XD
I’m working on it

I can only hazard a guess, it maybe because this tends to happen when we see milla on a server

I recommend we do something for Dave, also! Any other ideas?